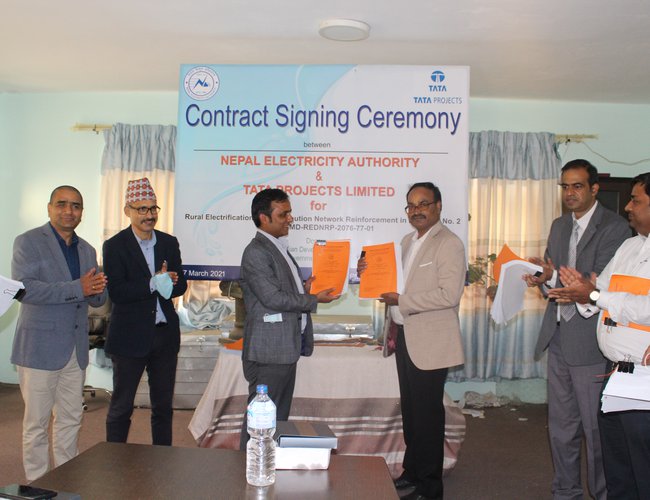 With the agreement between Nepal Electricity Authority (NEA) and Tata Project Limited (TPL), which won the bid called by NEA, the process of electrification of province 2 begin

TPL has been awarded a contract worth Rs. 4 billion for the implementation of Province 2 Rural Electrification Project.

According to a press release issued by NEA, the project aims to improve the power transmission and distribution system in all eight districts of Province 2: Saptari, Siraha, Dhanusha, Mahottari, Sarlahi, Rautahat, Bara and Parsa.

The project, which is to be implemented through NEA's Project Management Directorate, is divided into five lots.

The Norwegian government, through Asian Development Bank (ADB) has provided a grant of USD 35 million for the implementation of the project.

The project is targeted to be completed within 30 months. Once the project is implemented, the overall power transmission and distribution system of Province 2 will be improved, said Bodhraj Dhakal, coordinator of the project.

Nepal To Construct 23 High-Capacity Transmission Lines Across The Country By Agencies 6 months, 1 week ago