Kathmandu Valley Is Under Hazardous Haze

Kathmandu Valley Is Under Hazardous Haze 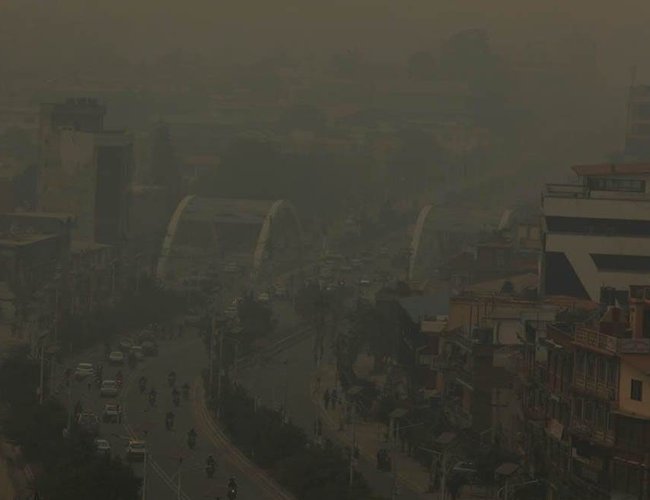 Several domestic and international flights were affected due to poor visibility caused by smog at Tribhuvan International Airport for over two hours yesterday.

Six flights, three each of Buddha Air and Yeti Airlines, from Pokhara to Kathmandu were canceled today. Visibility of 800 meters is considered fair for international flights taking off from TIA, but those landing at TIA require visibility of more than 1,600 meters. The lowest visibility at TIA today was below 800 metres. 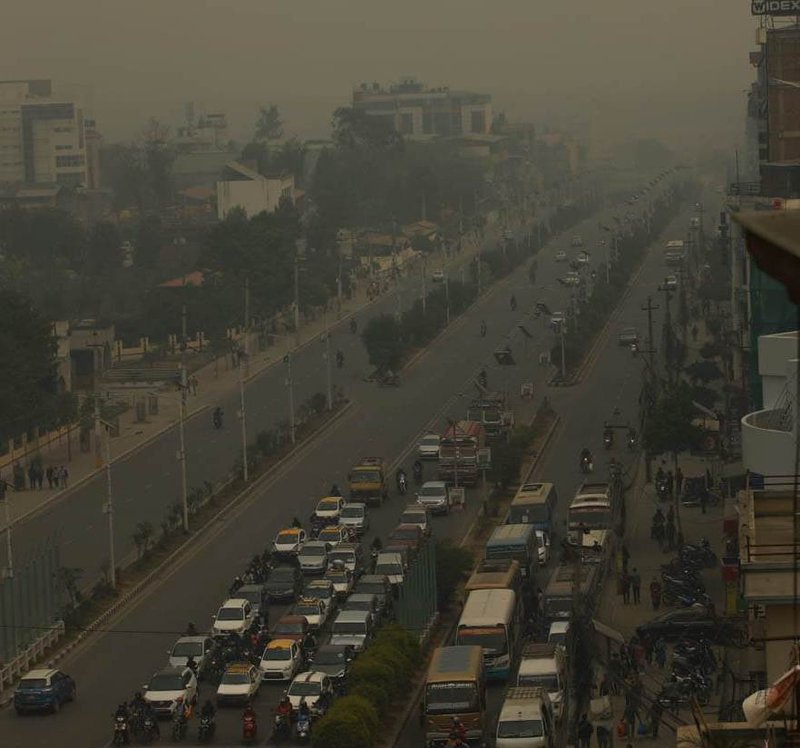 The sudden change in atmospheric carbon dioxide concentration in the afternoon was an unusual phenomenon,” said Rishiram Sharma, former chief of the Department of Hydrology and Meteorology to The Himalayan Times.

Sharma attributed the yellowish smog to the poor local wind speed within the city and wildfires raging in forests near the valley, mainly in Makawanpur.

He said smoke emitted by brick kilns, vehicular emission, open burning of refuse, and dust from construction sites had contributed to the increased level of hazardous haze in the valley.

According to the Ministry of Home Affairs, more than 110 places in the country have reported forest fires in the past week. Langtang National Park, which is 32 kilometers north of the capital, also witnessed a massive wildfire today.

Khem Raj Bhusal, a physician, warned that a high concentration of pollutants in the air could cause skin and eye allergies.

"Burning and irritation in the eyes are quite common during the dry season. We should avoid toxic outdoor air and wear a protective mask even indoors. This smog can cause respiratory tract infection," he said.

Bhusal said COVID patients in the recovery stage and those with pre-existing heart and lung diseases are more vulnerable to smog, which comprises harmful chemicals such as nitrogen oxides, sulfur dioxide, and carbon monoxide.

The Air Quality Index reached 294 in Kathmandu on Friday. Statistics by the Department of Environment indicated an AQI of 443 in Bhaisepati, 221 in Kirtipur, and 220 in Bhaktapur this afternoon. DoE Spokesperson Indu Bikram Joshi said wildfire and internal pollution load had resulted in smog.

According to international standards, an AQI value below 50 means good air quality, while AQI above 300 is hazardous.