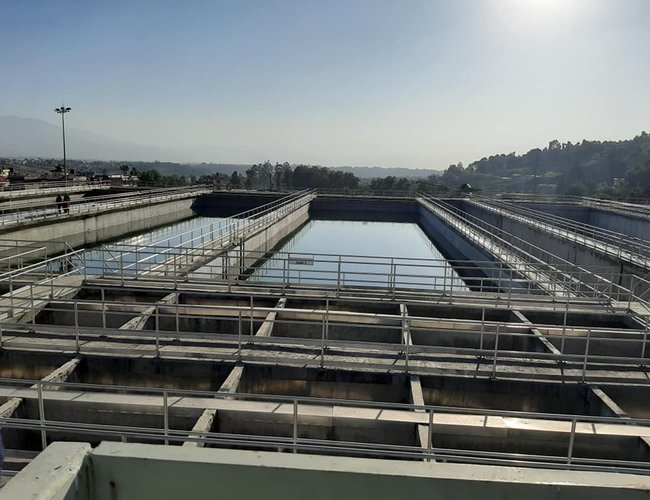 The Kathamndu Upatyaka Khanepani Limited (KUKL) is sending the water from the Melamchi River to households in the Kathmandu Valley from Sunday.

After purifying at the Sundarijal-based Water Treatment Plant, water was sent to the bulk distribution system from Friday. However, the household distribution system has two structures -- old pipelines and new ones -- laid by the Melamchi Water Supply Project (MWSP).

As it will take couple of week to clean the new pipelines, some amount of water will be channeled to the households through the KUKL’s existing distribution system.

After testing, cleaning and connecting to the household supply channel, water distribution will be started in the newly laid pipelines.

According to Rajendra Prasad Pant, Senior Divisional Engineer and Spokesperson at the MWSP, only about 40 million litres a day would be distributed in the first phase. The quantity of water would be increased to 60 million MLD and 80 million MLD.

The MWSP would make arrangements for the supply of the required water at the Sundarijal-based Water Treatment Plant upon the request from the KUKL.

Water from Melamchi had arrived in the Valley on March 6. The MWSP had begun filling the tunnel with water from 22 February.