India Builds A School In Chitwan

India Builds A School In Chitwan 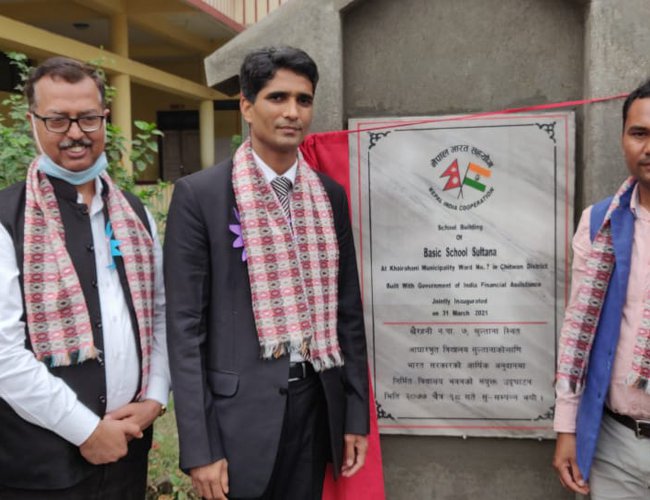 The Government of India grant under ‘Nepal-Bharat Development Cooperation’ was utilized for construction of double storey school building having 12 class rooms and sanitation facilities..

Rashtriya Primary School was established in 1973 at Sultana, Chitwan. However, the school was completely ruined by flood in 2004. The Government of India's financial assistance for the school building is aimed to benefit the community children and boost their learning experience. The building has been built keeping in mind the needs of the School.

Korean INGO UHGHF To Buil A School In Dailekh By Agencies 16 hours, 34 minutes ago