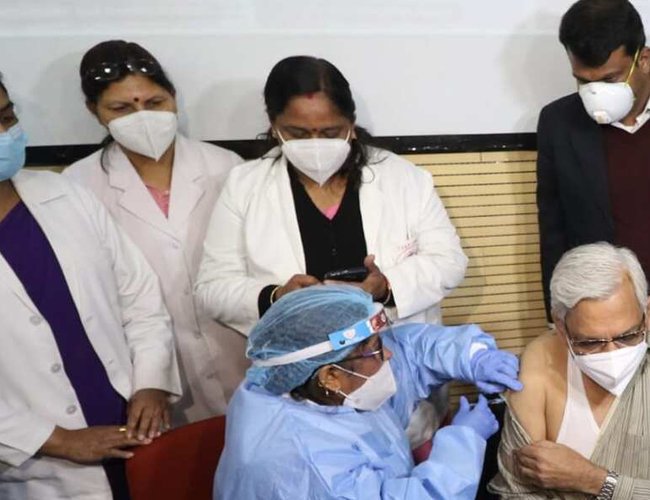 The Indian government has expanded eligibility for coronavirus vaccinations to include those aged 45 or older as daily infection counts have surged since late February.

The move came on Thursday, when the country reported more than 72,000 new cases, the highest since mid-October.

A 49-year-old woman in New Delhi said she applied for a vaccination soon after she became eligible. She said she was relieved to get a shot but will continue observing anti-infection measures.

The government aims to have 300 million people vaccinated by the summer.

But analysts say the program is proceeding slowly, with only 55 million citizens, or about 4 percent of the population, receiving at least one dose so far. The slow pace is due to factors including a shortage of vaccination venues.

The COVAX Facility, a World Health Organization-backed program to ensure equitable vaccine distribution, said last week that India's increased demand will cause delivery delays of doses produced there. India temporarily restricted exports of the vaccine jointly developed by AstraZeneca and the University of Oxford.