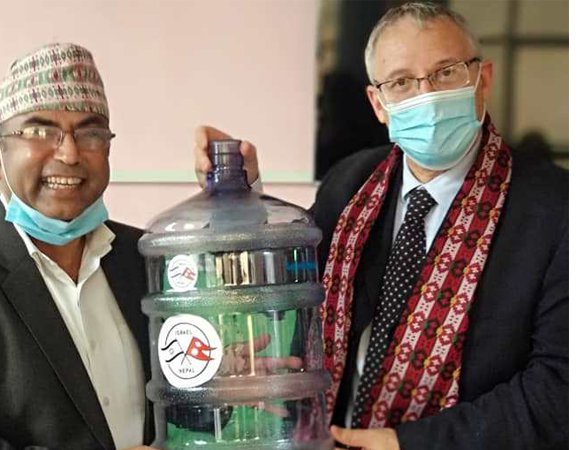 Israeli ambassador to Nepal Hanan Goder-Goldberger visited various schools to teach students the ways to manage such dry batteries, which have a direct impact on public health.

He arrived at the school intending to encourage the students of different schools in the capital to save the environment by collecting and managing such dry batteries at the initiative of the Israeli Embassy in Nepal.

He said that dumping of the used dry batteries would adversely affect insects, grasshoppers and animals on land and water and destroy the fertility of the soil.

Ambassador Goder-Goldberger asked the school management to drop the used e-waste in the empty water jars kept at the school and inform him so that he could send such waste to the concerned authorities for proper disposal.

The Israeli envoy also highlighted the diplomatic relations between Nepal and Israel and expressed his confidence that the friendship between the two countries would be even stronger in the future.

European Parliamentarian Delegation: Visit For Cause By NEW SPOTLIGHT ONLINE 4 days, 14 hours ago