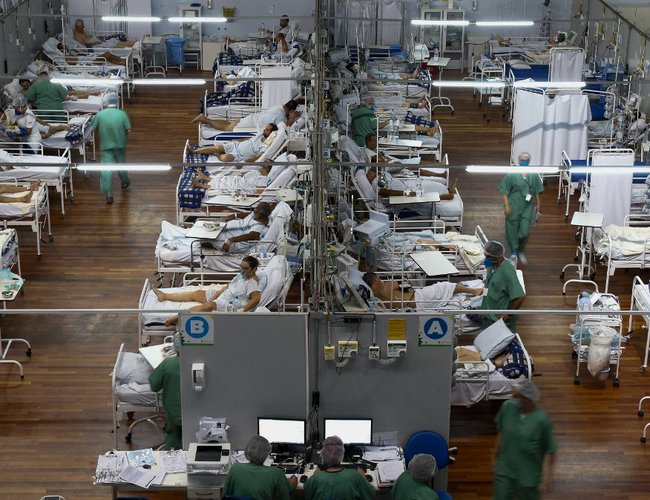 The daily number of deaths from the coronavirus in Brazil has topped 4,000 for the first time. Criticism is intensifying against President Jair Bolsonaro, who has been reluctant to place restrictions on economic activities and people's outings.

The daily number of cases averaged around 56,000 per day in the past week. The death toll on Tuesday was the highest-ever at 4,195.

Health authorities say the occupancy rate of intensive care units exceeded 90 percent in 19 states as well as in the capital Brasilia.

A doctor at a makeshift hospital in a Sao Paulo gymnasium said they have to admit more than 50 patients a day, but they only have beds for 150 to 200 people. She also said the situation is grave as younger people are showing up with severe symptoms.

Healthcare workers have been taking to the streets in many places to protest the president's stance, charging that the government's preventive measures have been insufficient.

China Partially Lifts Lockdown In Southern City of Guangzhou After Protests By Agencies 1 day, 21 hours ago

Anti-coronavirus Curbs Erupt In Beijing, Shanghai And Elsewhere By Agencies 4 days, 21 hours ago