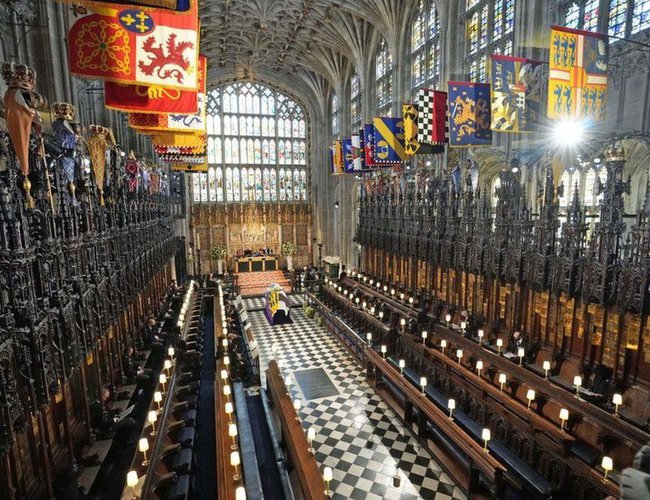 Queen Elizabeth of the United Kingdom bade farewell to her husband, Prince Philip, at his funeral on Saturday, along with other royal family members NHK.

His coffin was transported by car to St George's Chapel on the grounds of Windsor Castle in the suburbs of London. The duke had designed the vehicle to carry his coffin.

Royal family members walked behind in a procession, including his son, Prince Charles, and grandsons, Princes William and Harry.

The funeral was attended by only 30 people due to coronavirus restrictions. The congregation wore masks in line with coronavirus rules.

Although the event was scaled down significantly, crowds gathered around Windsor Castle to pay tribute to the duke, who was popular among local residents.

A married couple said they often used to see Prince Philip going out on a horse-drawn carriage with the Queen. They noted he always waved when he noticed them.

Another man said Prince Philip had been supporting a woman in a strong position in a low-key manner. He added that the duke had embodied modern values in a world of old customs.