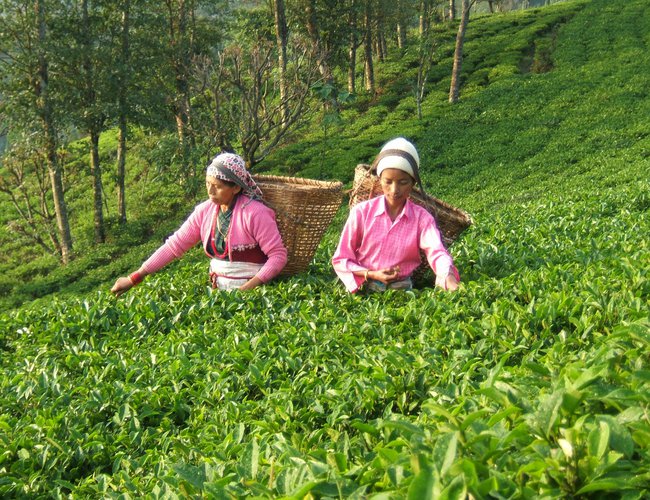 Located in the northeast hills of Nepal, the hill town of Ilam bears historical importance. Ilam was the headquarters of one of the ten principalities of Limbuwan. Limbuwan-Gorkha War was a progression of battles between the King of Gorkha and the Chieftains of different realms of Limbuwan from 1771 to 1774 AD.

The conflict reached a conclusion in 1774 AD with the truce settlement known as the "deal of Salt and Water” based on the principle of co-existence between Yakthung LajeLimbuwan kings and the Gorkha ruler. It perceived concurrence of government situation and equivalent rights between Gorkha King and Yakthung LajeLimbuwan Kings. Ilam was the last among the ten principalities of Limbuwan to be included in unified Nepal.

The administrative status of the medieval settlement of Ilam was elevated as Gauda, meaning administrative center, in the year 1818 AD. The bi-centenary (1818-2018) of the Ilam Bazar was observed with much fanfare in the year 2018 AD.

Ilam Bazar is the core area, the Ilam Municipality is spread over human settlements of Godak, Soyak, Barbote, Maipokhari, Sumbek, Puwamajhuwa, Sangrumba, Siddhithumka and Sakhejung. The settlements represent a rare combination of ethnic and bio-diversity and tea estates having panoramic views. The tea estate in the Ilam Bazar is one of the oldest tea estates of South Asia that came into operation after Col Gajraj Thapa planted the tea sapling that was received as a gift from the Government of China in the year 1873 AD.

Col Gajraj Singh Thapa, who was the Governor-General of the East of Nepal, initiated the implementation of two plantations: the Ilam and Soktim Tea Estate of 52 hectares each and thus began the Nepali tea industry. The first Nepali tea production was an Orthodox tea of the hills. The Ilam orthodox tea with aromatic flavor is one of the best tea in the world. Roasting of tea leaves in machines began in Nepal after the establishment of a tea factory in the year 1878 AD in Ilam. However, the local tradition of making handmade artisan organic long green tea is still in practice. The tea estate adjoining to the human settlement with commercial markets on the ridges and slopes are the most interesting and value-adding factors in the different wards of Ilam Municipality. Anyone who loves to travel in hills will certainly be thrilled to taste the aroma of orthodox tea amidst the panorama of Ilam.

Ilam is home to various ethnic groups like Limbu, Rai, Lepcha, Gurung, Magar, Newa, Khas, Arya, etc. Cultural variety can be seen in Ilam in festivities with mind-blowing music and colorful costumes. Lepchas and Limbus, the native people of Ilam, have unique personalities in their cultural life. Various celebrations of the clans that fall in different seasons are observed eagerly. The extraordinary enthusiasm of the indigenous people is noticeable in their traditional style of singing and dancing.

Culturally rich Ilam has numerous feathers of bio-variety in its hat. Mai Pokhari is a wetland in Ilam that was listed in the Ramsar sites on 28 October 2008. The lake inside the wetland which reflects emerald waters has a boundary of around 1 kilometer (0.62 mi). On the fringe of the lake, there is the Maipokhari Botanical Garden of agricultural and natural significance which houses a stone nursery, an orchid house, plants gathered from numerous locales of eastern Nepal, and a greenhouse.

The wetland is in the center slope scopes of the Himalayas at a height of around 2,100 m (6,900 ft) and covers a space of 90 hectares. It is around 15 km toward the north of Ilam. The wetland has been created to preserve the ground subsidence. The wellspring of water in the wetland is from common springs and precipitation, which the principal source of water supply for neighborhood people.

The experts have identified varieties of specimens in the flora and fauna of the wetland. The wetland's flora consists of Schima, Castanopsis, laurel oak (Quercus laurifolia) and epiphytic orchids. Water Lilly, cone trees, rhododendrons, and herbal plants are noticeable in the area.

On the economic front, the fertile slopes of Ilam have been boon for the people who live here. Besides the Orthodox tea, cash crops like ginger, cardamom, akbare chilly, broom grass and potato are reliable sources of income for the people. Ilam is also famous for milk and milk products. Last but not the least, tourism is another notable source of income in Ilam.

Now, the time has come to initiate interaction between locals and the experts in order to list out the potentialities to include Ilam in the World Heritage Sites. In all accounts, Ilam, where the cultural and natural heritage incredibly each other deserves to be enlisted in the World heritage sites.

Vidhu Kayastha is a freelance writer

Nepal Is Bearing The Disproportionate Burden Of Climate Change By BHARAT RAJ PAUDYAL 1 day, 7 hours ago

Refugees In Nepal: Recognition And Inclusion By Deepesh Das Shrestha 4 days, 2 hours ago

Nepal’s 2022 elections: a step towards democratic consolidation? By Sovit Subedi and Bishnu Adhikari 5 days, 1 hour ago

The Fantasy Of Democracy & Republic Morphing Into Delirium By Kedar Neupane 6 days, 1 hour ago