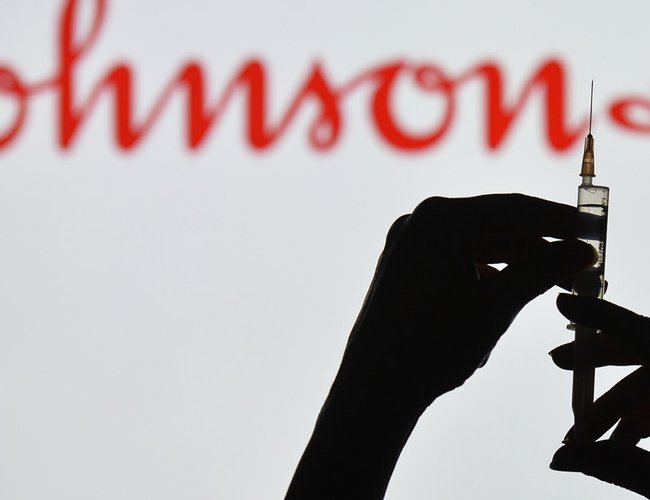 EU drug regulators have concluded that blood clots with low blood platelets should be listed as "very rare side effects" of the Johnson & Johnson coronavirus vaccine in its product information.

More than 7 million people have received the vaccine in the United States, and eight cases of blood clots in the brains and other parts of the body have been reported, including one fatal case.

The European Medicines Agency, or the EMA, released the results of its study on Tuesday.

It says the unusual blood clots were associated with low levels of blood platelets, and the cases are very similar to those that occurred with the AstraZeneca vaccine.

The EMA says all the eight cases occurred in people under 60 years of age within three weeks after vaccination, the majority in women, but that specific risk factors have not been confirmed.

It says one plausible explanation for the symptom is an immune response.

The agency says, however, the overall benefits the vaccine in preventing COVID-19 outweighs the risk of side effects.

It calls for the public to seek urgent medical attention if they have such symptoms as shortness of breath, chest pain and leg swelling, within three weeks after vaccination.

Following the EMA's announcement, Johnson & Johnson released a statement, alerting healthcare professionals to the signs and symptoms of the blood clots with low blood platelets, as a very rare adverse event.

The firm said, "The safety and well-being of the people who use our products is our number one priority."