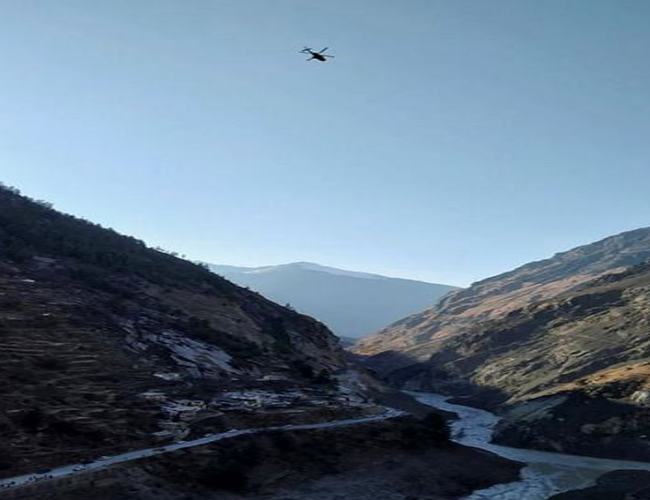 In another tweet, CM Rawat said Union Home Minister Amit Shah has taken cognizance of the information on the glacier burst and assured help from the Centre and alerted the ITBP.

The Uttarakhand government issued an alert late on Friday following reports that a glacier had broken off in the Sumna area of Niti Valley near the India-China border in Chamoli district.

Chief Minister Tirath Singh Rawat said he was in constant touch with the district administration and Border Roads Organisation (BRO).

“The breaking of a glacier has been reported in Sumna, Niti Valley. I have issued an alert in this regard. I am in constant touch with the district administration and BRO,” Rawat tweeted.

Rawat added that the district administration has been instructed to get complete information on the matter. Orders have been issued to stop work at NTPC and other projects so that no untoward incident occurs at night, he added in the tweet.

In another tweet, Rawat said Union Home Minister Amit Shah has taken cognizance of the information on the glacier burst, and assured help from the Centre and alerted the ITBP.

Chamoli district disaster management officer N K Joshi told The Indian Express, “There is no information about any loss of life so far. There is no village habitation in Sumna area. There are camps of ITBP, and BRO teams were working there.”

Sumna is around 40 km ahead of Raini village — towards the China border — in Tapovan area of Joshimath tehsil of Chamoli district.

Upstream on the Rishiganga river near Raini village in the same Niti Valley, a glacial burst had occurred on February 7, leading to a flash flood in the Rishiganga and Dhauliganga rivers, and devastation at the site of two hydro power projects downstream.

A total of 204 people had gone missing from multiple sites in the incident. So far, 80 bodies have been recovered while 124 are still missing. Last week, one body was recovered from the barrage site during removal of debris near Dhauliganga in the Tapovan area.

DGP Ashok Kumar said in a tweet that teams have been dispatched to take stock of situation. “ITBP jawans are safe,” he said. Due to bad weather conditions, officials are yet to get full details of the incident, he said.