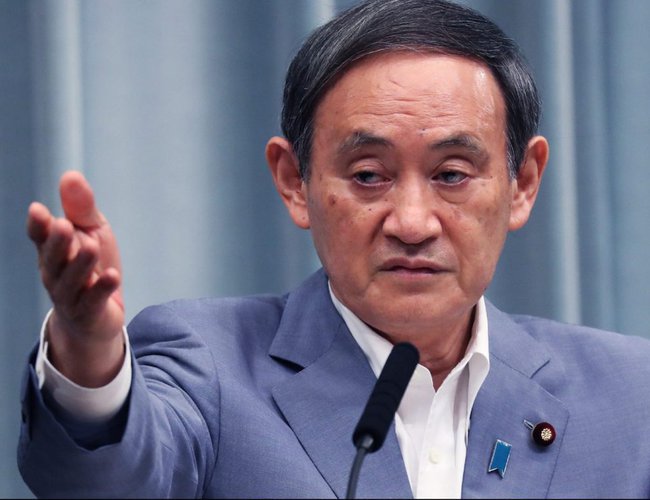 Japan's prime minister has declared the country's third state of emergency of the pandemic to contain rising COVID-19 cases. The measure will take effect in Tokyo, and three western prefectures on Sunday.

Prime Minister Suga Yoshihide said, "We're concerned that the current surge in the major cities could spread across the country. Amid these circumstances, I decided to declare a state of emergency again ahead of a weeklong holiday. We need to contain the spread of the virus by focusing on intensive measures over a short period of time."

The declaration covers Tokyo, Osaka, Kyoto, and Hyogo prefectures. It will remain in effect for just over two weeks, through May 11.

Governors will be allowed to take tougher measures, although they won't be as strict as a lockdown. They're asking bars and restaurants that serve alcohol or offer karaoke to close. Other eateries will be asked to close at 8 p.m.

Train, subway and bus services will be reduced, with shorter operating hours. Shopping malls and department stores will also be asked to close except for daily essentials.

Prime Minister Suga apologized for the inconvenience, and promised financial support for businesses that will be affected.

Osaka Prefecture is the largest hot spot. Its daily tally has now topped 1,000 for four days in a row.

Osaka Governor Yoshimura Hirofumi said, "The state of emergency will be a huge burden on social and economic activity, but the spread of infections and the state of the medical system are extremely serious. I want to stop the surge and overcome the crisis."

And in Tokyo, the governor said while the tougher restrictions will be more of a burden, they're necessary.

Tokyo Governor Koike Yuriko said, "If each one of us can start taking stricter measures today, the situation will get better in 10 days to two weeks."

Across the country, over 5,100 new infections were reported on Friday. And more than 800 patients are in serious condition.