How COVID-19 Threatens The Future Of The Children, Especially Young Girls?

The number of child marriage has escalated higher in Nepal following the lockdown during the pandemic. Many girls at a very young age are married off to ease the economic burden, as many families in the rural areas who generate income through agriculture are suffering from economic crisis caused by the pandemic. 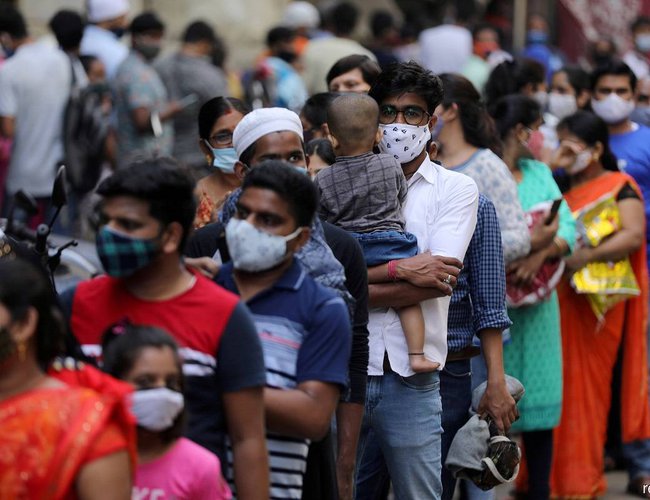 Of all the innumerable lives touched by the deadly COVID-19 virus, the 600 million children in South Asia are amongst the profoundly affected ones. Although the virus has affected all groups of children, for some the impact might be long-term and life-long damaging. There are millions of children in the region who are in the underprivileged position for whom the economic and social consequences of the COVID-19 can be more intense apart from the direct health hazard. Existing disparities among children, especially girls are worsening and the decade long progress made to achieve gender equality has been reversed.

Nationwide lockdown to control the virus created various challenges which affected the vulnerable and disadvantaged groups the most. Deep rooted discrimination and inequality has been uncovered with the ongoing pandemic. Amongst various group of population, the virus infection in the children under the age group of 15 was less during the first wave of the virus in comparisonto other age groups, but there have been several other challenges that the children of this age group are facing which has exacerbated the already existing problems of food security, unequal access to education and nutrition, disparity in access to health facility and many more.

Disruption in education has led to permanent drop out of school for children in the poorer families. Report shows that due to school closures, millions of children are stuck at home and the household chores especially for the girl children living in the rural and remote areas in South Asian countries like Nepal are skyrocketing. This has prevented them from spending enough time for their studies.Further, many children are not in the position to be able to do remote learning due to inaccessibility of facilities like computer and internetresulting in performing poor in studies leading to permanent school drop-out. A recent study by the UNICEF shows that, only 25 percent of school going children in Nepal used distance learning platforms during the school closures. This clearly depicts how large number of children are deprived of getting access to education during the pandemic. These situations have been of major setback on the progress of children's education in Nepal.

Further, according to the World Bank, Nepal is amongst the two countries in South Asia which has the worst economic indicator and poverty remains a major problem. Lack of education leading to lack of employment opportunities for the younger generation can make the situation even worse. Hence, the pandemic should not be a hurdle for the equal educational opportunities for the younger generation irrespective of their gender, caste or economic status.

Due to the school closures, apart from lessons and learning, children have also been deprived of school feeding and nutrition programs which have had serious effect on families with poor economic condition who had job loss and income resulting from the pandemic. Pandemic has aggravated the food security issue which has directly affected the goal to eradicate malnutrition and achieve zero hunger. Lack of nutrition has caused many children to suffer from non-communicable diseases as well such as anaemia and other nutritional deficiency diseases, which directly affect their decision-making and thinking abilities. Further, girls have been deprived of getting menstrual hygiene knowledge and products due to the school closures.

High number of early marriages have also been observed as the consequence of the pandemic. Even prior to the pandemic, 40 percent of young girls in Nepal were married before the age of 18 and 7 percent before the age of 15, shows UNICEF report. As per the report, Nepal ranks third in South Asia after India and Bangladesh with high number of child marriages. Child welfare organization, Save the Children has also warned that up to 2.5 million girls around the world are at risk of early marriage in the period of next 5 years as the result of the pandemic. This global graph helps figure out the situation of the countries like Nepal too. Among various regions, South Asia is a major risk zone for child marriage which has further worsened due to COVID-19.

The number of child marriage has escalated higher in Nepal following the lockdown during the pandemic. Many girls at a very young age are married off to ease the economic burden, as many families in the rural areas who generate income through agriculture are suffering from economic crisis caused by the pandemic. A joint research done by Yale Research Institute on Innovation and Scale (Y-RISE) and the Centre for the Study of Labour and Mobility had found out that during the lean season in agriculture in Nepal, the total hours in income-generating work decrease by 75 percent every year and through this they had predicted that the continued lockdown would lead to the percentage increasing even higher. The prediction did come out to be true as the continued lockdown for months exacerbated the lack of agricultural income generation because of the over-lapping of the lean season. Economic crisis resulting from these situations in the family leading to early marriage of the girl child has negatively affected the future of the girl children.

Disruption of health facilities during the pandemic has been another major topic of concern. The disruption has deprived people from basic health care facilities which has led to the deaths of many, including birth giving mothers. Many women, including young girls have lost their lives during maternity due to unsafe delivery during the pandemic, either because of the travel difficulty due to the lockdown imposed or unavailability of health facilities as health services being already overwhelmed with the large number of COVID patients. Apart from that, regular immunization for new born babies have been affected. As per a report by the Ministry of Health and Population, approximately 3 million children in Nepal aged 9 months to 5 years missed their regular vaccination schedules during the nationwide lockdown.

Physical safety and protection of girls is also of major concern as even before the pandemic struck, over 60 percent of the rape cases in Nepal were targeted under the age group of 18, says UNICEF report. Creating safe spaces for girls during the pandemic has been of a major challenge.

Second wave of the virus has started in Nepal which is likely to affect the children hugely as the number of cases of the virus in children is higher this time than in the first wave. As per a news report, during the third week of April, 15 percent of infected people in the Sukraraj Tropical and Infectious Disease Hospital were children, which is quite alarming. Additional preparations to protect the children from the virus as well as from its consequences are vital in such case so as to reduce the long-term effect of the virus on the children and to protect the entire younger generation to get strained. There are less likely chances that school reopen anytime soon hence government should ensure that no learning crisis happens during the period.

Education is vital for every child to equip them with skills needed for them to be economically independent. Whole economic force will collapse if the younger generation lacks skills and knowledge. Lack of education prevents them to reach their full potential which eventually leads them to not make right choices for their future. Because of all these reasons, sufficient national funding should be focused on remote learning during the pandemic so that no child is left out or get deprived of getting quality education. Government should ensure that education response plan during the pandemic should be gender-responsive in nature. Only gender equality helps strengthen the economy and help build resilient society. Education is the most important factor which effects all other factors, be it economic or social hence, it must be prioritised highly, especially in times of crisis as the current one.

No Politics And Good Voters For (Local) Development By Prof. Dr. Prem Sharma 8 hours, 5 minutes ago

Is Bhutan’s Economy At Risk? By Thukten Zangpo 10 hours, 49 minutes ago