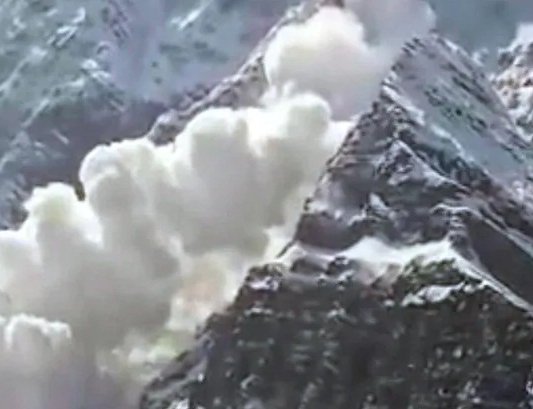 At least 10 people died and 384 have been rescued after a glacier collapsed, triggering an avalanche close to the Indo-China border in Uttarakhand's Chamoli district on Friday.

At least 10 people died and eight are still missing after an avalanche occurred near the Indo-China border in Uttarakhand's Chamoli district on Friday. The avalanche occurred after a part of a glacier collapsed beyond Sumna on Sumna-Rimkhim road where labourers were engaged in road construction work.

Rescue operations were launched by the Indian Army immediately and 384 people were rescued. Ten bodies have been recovered so far from the avalanche site. Seven persons have sustained critical injuries and are undergoing treatment.

"Border Roads teams from Joshimath cleared the area from Bhapkund to Sumna. It is expected to take another 6-8 hours," an official said. The area has been witnessing heavy rain and snow for the past five days.

In a tweet, the Indian Army said, "A BRO Camp came under an avalanche in the afternoon of 23 Apr during heavy snowfall in Sumna area of Joshimath Sector in Chamoli district of Uttarakhand. While 55 BRO persons could be mustered at first count, blizzard conditions kept the rescue operation at bay till late evening."

Keeping road connectivity in the area is crucial as it gives access to forward locations like the contested Barahoti area on the border that has seen transgressions from the Chinese.

Barahoti is an 80 sq km contested area along the Line of Actual Control (LAC) with China in Chamoli district of Uttarakhand. It is about 400 km from the state capital of Dehradun and 100 km from Joshimath, the location of a brigade headquarters.

In 1958, India and China listed Barahoti as a disputed area where neither side would send their troops.