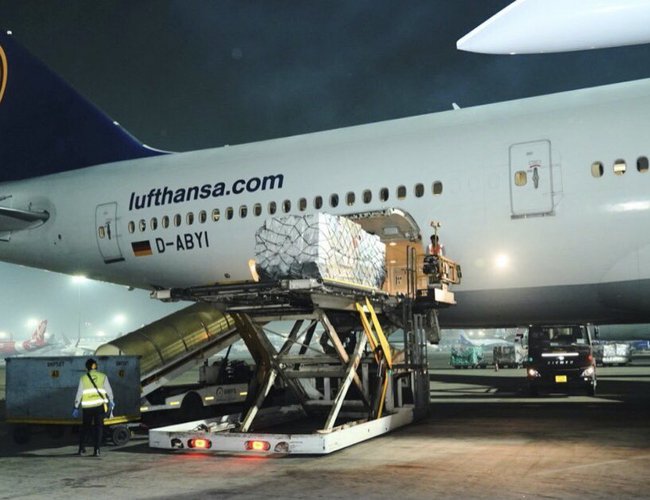 Governments across the world as well as companies are increasingly joining efforts to come to India's aid as it struggles to deal with a surge in coronavirus infections.

The country reported more than 320,000 new cases on Tuesday. Its daily case count has topped 300,000 for the sixth straight day.

In the capital, New Delhi, hospitals are running out of ICU beds as well as urgently needed medical oxygen supplies.

Britain pledged on Sunday to supply more than 600 medical devices, including oxygen concentrators and ventilators.

On Tuesday, British Foreign Minister Dominic Raab posted on Twitter photos of the arrival of the first shipment in India. But he warned that no one is safe until all people are safe, and said "International collaboration is key to fighting this global threat."

The United States, France, Germany and Australia are among other countries offering aid to India.

Neighboring Pakistan has also announced plans to offer medical assistance. The help comes despite a decades-long conflict between the two rivals over the Kashmir region.

Google CEO Sundar Pichai said the firm will provide financial aid to help fight the pandemic in India. Microsoft CEO Satya Nadella also announced that the company will use its technology to support relief efforts in the country. Both CEOs were born in India.