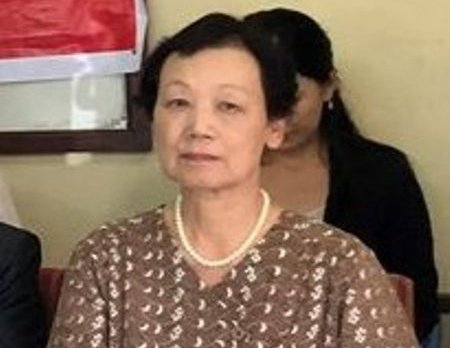 Ms. Yamane Masako has been recognized for her outstanding contributions as a medical volunteer in Nepal. In recognition of her long-term effort, she has been conferred the Order of the Rising Sun, Silver Rays.

The Government of Japan announced the recipients of the 2021 Spring Conferment of Decoration, which this year includes a Japanese volunteer who has been working in Nepal since 1983.

The Embassy of Japan congratulates Ms. Yamane on her achievement. Ms. Yamane began her activities in Nepal as a volunteer of the health care sector from 1983, and has been working here for more than 30 years. She works with the Rural Health Education and Service Center (RHESC), which was established in 1986 and has been providing medical treatment for socially and economically disadvantaged people in rural areas and suburbs in the north-east area of the Kathmandu Valley. RHESC’s reputation has spread and many people asked for treatment from all over Nepal.

They now care for about 15,000 people annually. Two months after the Gorkha Earthquake in 2015, RHESC started a mobile clinic in the earthquake-affected remote mountainous villages, particularly where doctors were not available. Their assistance gave both hope and peace of mind to the people in those areas. Ms. Yamane made contribution for the better medical service in Nepal and her assistance is also recognized as one of the important support which has been made from Japan to Nepal. She was awarded the Ambassador’s Commendation in 2017.