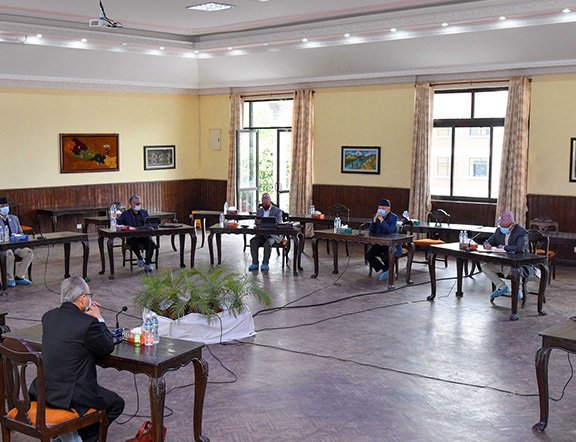 Following hour long discussion, the meeting of the Standing Committee of the ruling CPN-UML has concluded.

Spokesperson of the party and Foreign Minister Pradeep Kumar Gyawali said, "Discussions about the strategies to be applied to ensure the victory of the party's candidate in the election for National Assembly member on May 20 were held in the meeting."

Gyawali said that talks were held on obtaining the vote of confidence in the upcoming special session of the parliament, Gyawali said.

International Flights Resume At TIA By Agencies 20 hours, 15 minutes ago