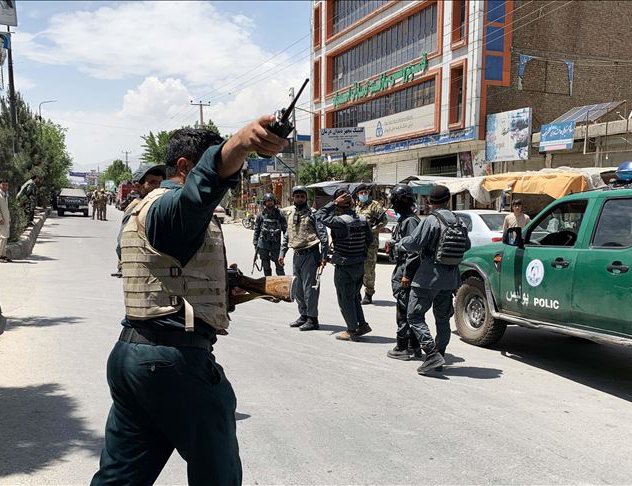 The Afghan government says the death toll from recent explosions near a school in the capital Kabul has climbed to at least 63, with over 150 others wounded.

Officials say most of those killed were female students.

Security officials say a vehicle laden with explosives was detonated near the school's entrance gate on Saturday, followed by more bombings nearby.

President Ashraf Ghani issued a statement later in the day blaming Taliban militants for the blasts. He condemned the explosions as a crime against humanity.

The Taliban have denied responsibility for the attacks.

Anti-government forces have continued their campaign of terror in Afghanistan despite Washington's move to withdraw all troops from the country by September 11, which marks exactly 20 years since the terrorist attacks on the United States.

Experts fear that the security situation in Afghanistan may deteriorate further.

Malala Yousafzai, a Nobel Peace Prize laureate and an advocate for girls' right to education, responded to the explosions with a social media post on Sunday. She urged world leaders to "unite to safeguard school-children."

Yousafzai tweeted, "The escalation of terrorism is alarming for peace and democracy in Afghanistan." She added that her heart is with the families of the victims.