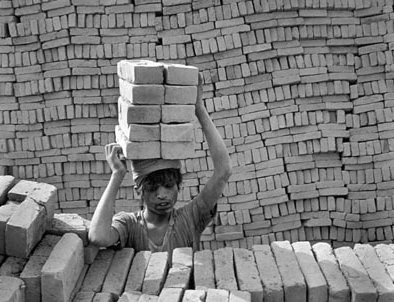 ILO Nepal and Central Bureau of Statistics in Nepal have jointly released the Nepal Child Labour Report 2021. The report highlights key data and analysis crucial to end child labour in the country, and reveals how the progress in human development indicators has direct impact on the status of child labour.

The report’s arrival marks an important year as 2021 ‘International Year for the Elimination of Child Labour ’ and Nepal is one of the pathfinder countries of the Alliance 8.7 that is working to accelerate progress towards Sustainable Development Goal 8.7[1][1]. Though Nepal has ratified most of the key international conventions that prohibit child labour and its worst forms, the considerable number of working children and child labour shows a gap of proper implementation of laws and policies to eliminate child labour.

“There has been a decline in child labour in hazardous occupations by two-third in Nepal, a significant progress in a decade. However, it’s high time that we take on a coordinated approach to implement laws and policies to fill the existing gaps on child labour and child protection in the country,” said Richard Howard, Director of ILO Country Office for Nepal.

“The report presents the disaggregated statistics of child labour and children engaged in hazardous work mainly by provinces, regions, sectors, ethnicity, and occupations, which will be useful to policy makers, planners and development partners in Nepal,” said Nebin Lal Shrestha, Director General of Central Bureau of Statistics (CBS) .

The report is published with financial support from the British Government through the ILO-FCDO Asia Regional Child Labour Programme (ARC) , which intends to reduce vulnerability to child labour and enhance protection of children from exploitation in Nepal.

The country has recently approved the National Master Plan (NMP)-II on Child Labour (2018 – 2028) that aims to amend and formulate national child labour policies and legislations based on evidences.

“The findings from the report will be instrumental in the monitoring of the fifteenth periodic plan, provincial and local level plans, Sustainable Development Goals (SDGs) and other development initiatives,” said Dr. Ram Kumar Phuyal, Honourable Member of the National Planning Commission (NPC) .

One of the key findings of the report suggests that parental education, wealth and assets seem to have significant impacts on children’s involvement in child labour. Therefore, addressing Nepal’s human development is instrumental in addressing child labour in the country. Child labour prevalence is 4.4 per cent for parents with at least the intermediate level education followed by secondary level (grade 9 and 10) education (10.4 per cent) and lower secondary level (grade 6, 7 and 8) education (12.9 per cent).