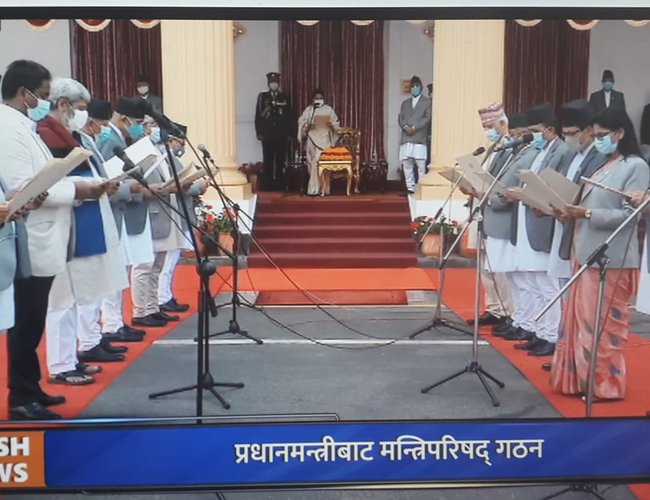 Following taking oath of office, Prime Minister K.P. Sharma Oli has expanded his cabinet giving continuity to all the ministers in his previous cabinet. Amid a function, President Bidhya Devi Bhandari administered an oath of office and secrecy to the newly appointed ministers.

Those included 21 full ministers and 3 ministers of state.

Although Prime Minister Oli requested the leaders of Janata Samajbadi Party (JSP) and Madav Kumar Nepal-led faction to join the cabinet, they declined to send their persons.

After internal consultations with his close coteries, Prime Minister Oli has decided to give continuity to all the old cabinet colleagues in his new cabinet.