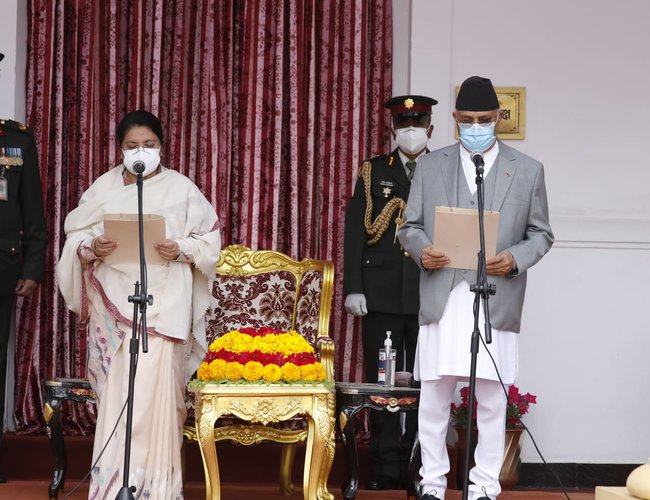 In a special program organized at Sheetal Niwas on Friday, President Bidya Devi Bandari administered an oath of office and secrecy to Prime Minister KP Sharma Oli as per article 80 of the Constitution of Nepal, 2072.

A source at CPN-UML informed The Rising Nepal said that the final decision as to appointing ministers had not been taken yet.

Even though Prime Minister Oli is preparing to include the leaders from Janata Samajbadi Party (JSP) and Madav Kumar Nepal-led faction, the final names of the leaders for appointment in the cabinet has not been received yet. Nepal's faction is currently holding discussions regarding the same.

Prime Minister was holding internal consultations regarding the expansion of the cabinet.