The COVAX Facility Will Deliver Its 65 Millionth Vaccine Dose This Week. It should’ve been at least its 170 millionth. The time to donate excess doses is now. 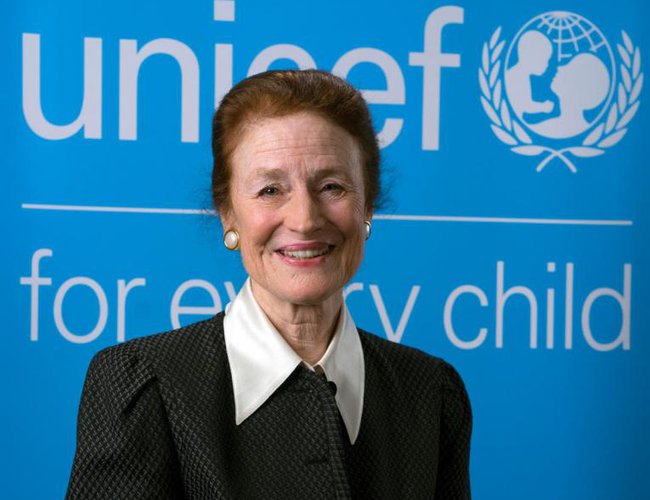 NEW YORK, 17 MAY 2021 – “The COVAX Facility – the global COVID vaccine equity scheme – will deliver its 65 millionth dose in the coming days. It should have been at least its 170 millionth.

In a statement issued by UNICEF Executive Director Henrietta Fore, as G7 countries gear up for June summit, she said the COVAX facility will deliver its 65 millionth vaccine dose this week. She said that it should’ve been at least its 170 millionth. The time to donate excess doses is now.

“By the time G7 leaders gather in the UK next month, and as a deadly second wave of COVID-19 will likely continue to sweep across India and many of its South Asian neighbours, the shortfall will near 190 million doses,” said UNICEF Executive Director Henrietta Fore.

“We have issued repeated warnings of the risks of letting down our guard and leaving low- and middle-income countries without equitable access to vaccines, diagnostics and therapeutics. We are concerned that the deadly spike in India is a precursor to what will happen if those warnings remain unheeded. While the situation in India is tragic, it is not unique. Cases are exploding and health systems are struggling in countries near – like Nepal, Sri Lanka and Maldives – and far, like Argentina and Brazil. The cost for children and families will be incalculable.

“The longer the virus continues to spread unchecked, the higher the risk of more deadly or contagious variants emerging.

“The clearest pathway out of this pandemic is a global, equitable distribution of vaccines, diagnostics and therapeutics. COVAX, led by the WHO, Gavi and CEPI, with UNICEF as implementing partner, represents such a pathway. But COVAX is undersupplied.

“Among the global consequences of the situation in India, a global hub for vaccine production, is a severe reduction in vaccines available to COVAX. Soaring domestic demand has meant that 140 million doses intended for distribution to low- and middle-income countries through the end of May cannot be accessed by COVAX. Another 50 million doses are likely to be missed in June. This, added to vaccine nationalism, limited production capacity and lack of funding, is why the roll-out of COVID vaccines is so behind schedule.

“G7 leaders will be meeting next month with a potential emergency stop-gap measure readily available. New data analysis provided by Airfinity, the life sciences research facility, and commissioned by the UK National Committee for UNICEF, indicates that G7 nations and ‘Team Europe’ group of European Union Member States could donate around 153 million vaccine doses if they shared just 20 per cent of their available supply over June, July and August. Critically, they could do so while still meeting their commitments to vaccinate their own populations.

“While some G7 members have greater supply than others, and some have further advanced domestic rollouts, an immediate collective commitment to pool excess supply and share the burden of responsibility could buttress vulnerable countries against becoming the next global hotspot.

“Ultimately, the global vaccination race will be won when Member States make sustainable plans to fully fund and supply the COVAX Advance Market Commitment, while supporting the expansion of vaccine manufacturing capacity, including through proactive Intellectual Property licensing and technological transfer. These measures are critical, but they won’t change anything overnight. Sharing immediately available excess doses is a minimum, essential and emergency stop-gap measure, and it is needed right now,” said UNICEF Executive Director Henrietta Fore.

Shortfall numbers are based on delays related to shipments from the Serum Institute of India (SII) only. Other delays related to the original COVAX delivery schedule are expected to be made up by the end of June. There is currently no timetable to resolve SII-related delays.

The Airfinity analysis is produced using data forecasts of vaccine supplies allocated to G7 members based on doses set to be readily available. The supply forecasts are based on existing deals between countries and manufacturers of approved vaccine candidates unless specified as included vaccine candidates currently undergoing Phase III trials. The aggregate figure of 153 million doses represents the total of available doses if all G7 members donate 20 per cent of their available supply in June, July and August 2021, minus Novovax (due to anticipated supply limitations affecting Novovax).