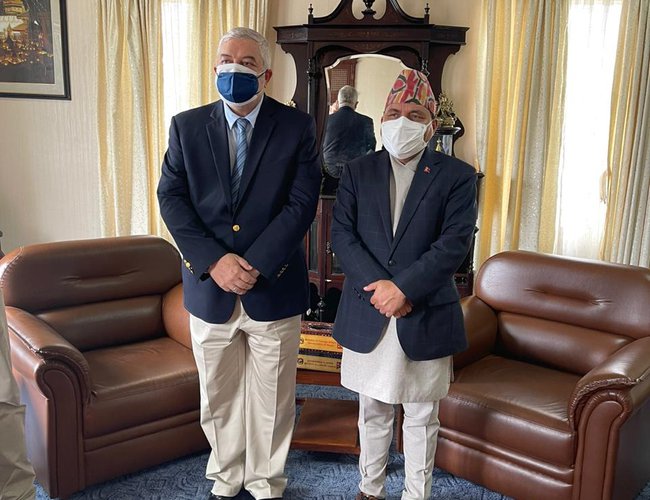 The Spanish delegation called on Bharat Raj Paudyal, Foreign Secretary, later this afternoon. During the meeting, the two sides exchanged views on bilateral relations, international cooperation and post-pandemic economic recovery, among others.

The visiting Director of the Spanish Development Aid Agency discussed the matters relating to #Nepal-#Spain relations, #COVID19 situation and international cooperation were discussed during the meeting.

Foreign Secretary Paudyal stated that Spain’s timely support reflects the profound Nepal-Spain friendship. Director Soliman, conveying Spain’s solidarity to Nepal’s fight against the pandemic, hoped that the support would be helpful for the treatment of the affected people. 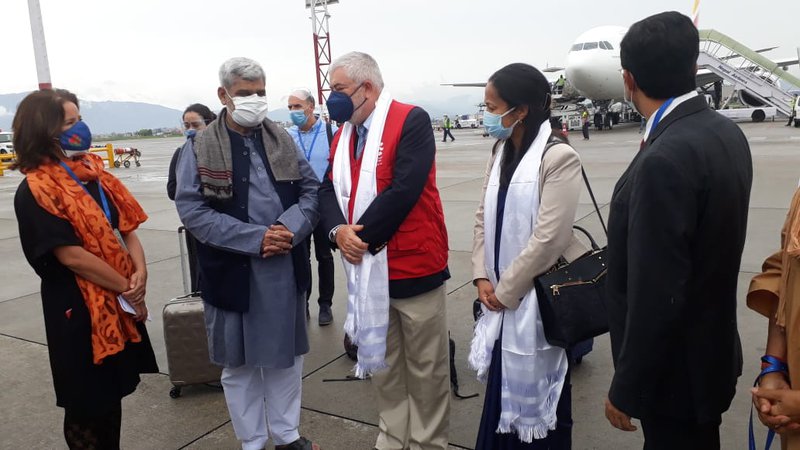 The support received today is in response to the request of the Government of Nepal to the Spanish Government, communicated both bilaterally and through the European Union’s Civil Protection Mechanism, for supporting Nepal with vaccines, medicines, equipment and supplies related to COVID-19.

The Government of Spain provided support of medical equipment and supplies to the Government of Nepal this afternoon. Magdy Marinez Soliman, Director of the Spanish Agency for International Development Cooperation (AECID), handed over the materials to Hridayesh Tripathi, Minister for Health and Population, at a brief ceremony held at the Tribhuvan International Airport.

In a meeting that ensued, Minister for Health and Population thanked the Spanish Government for the generous support of life-saving materials, which would help address the crisis caused by the surge of COVID-19 cases.