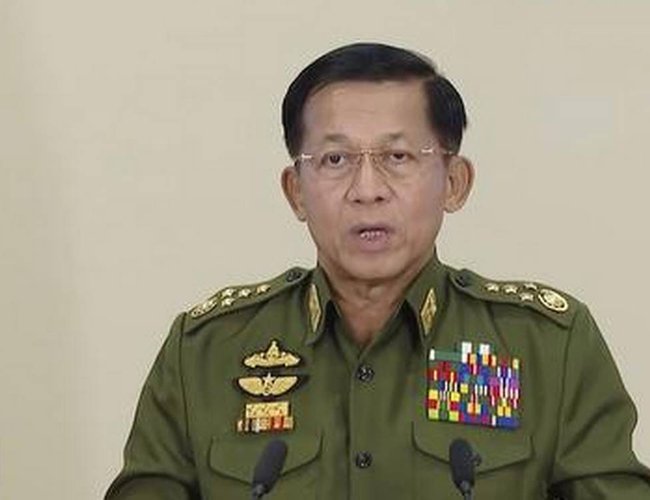 Myanmar's military chief, Min Aung Hlaing, has expressed the intention to seek a shift to civilian rule in his first interview with foreign media after the coup.

The Senior General's comments in an online interview with Hong Kong's Phoenix Television were released on Saturday.

He said the military's purpose is to establish a federal state based on multiparty democracy. He said the shift can take place within 12 or 18 months if circumstances allow.

He appeared to suggest that the military rule is only temporary in a bid to obtain understanding from anti-coup protesters and the international community.

He did not mention the timing of an election for launching a civilian government in the released part of the interview.

The general denied media reports that more than 800 civilians have been killed in clashes with security forces that fired at them. A human rights group in Myanmar has reported the number.

Min Aung Hlaing said the actual fatalities are as many as 300. He said the clashes have also left 47 people dead and more than 200 injured in the police.

Ukraine welcomes US Offer Of Long-Range Rockets By Agencies 21 hours, 56 minutes ago

US Shoots Down China's Balloon, Says Defense Department By Agencies 22 hours, 11 minutes ago