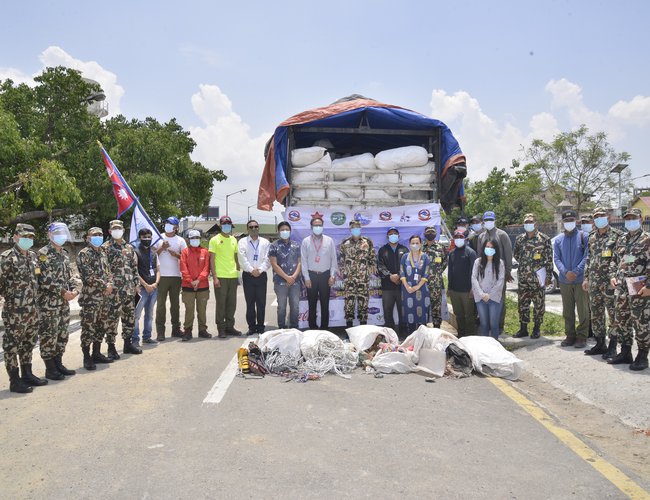 Brigadier General Himanshu Khadka, Director of the Directorate of National Parks and Wildlife Reserve, handed over the waste collected from Mount Ama Dablam and Mount Everest to Avni Venture Pvt. Ltd. today, amid a program organized at the Army HQ.

Brigadier General Khadka congratulated the team involved in the cleaning campaign and thanked the supporting agency, The Coca-Cola Company and other stakeholders. On the occasion, Managing Director of the Bottlers Nepal Ltd, Pradip Pandey appreciated the efforts of the Government of Nepal and Nepali Army, along with the partners for their commitment towards the MCC 2021 during this challenging time.

Two dead bodies found at Camp-IV (8,000 m) of the Mount Everest by the waste collection team of the Mountain Cleaning Campaign 2021 (MCC 2021) have been brought to Kathmandu by air. 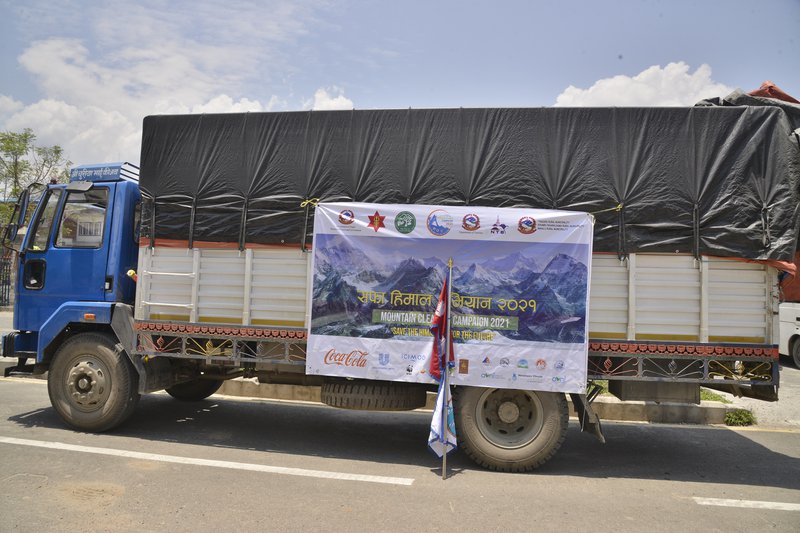 The bodies of US citizen Christopher Kulish (62 yrs), and an unidentified mountaineer were found near Camp- IV on 12th and 14th May respectively. Mr. Kulish had summited in the year 2019 but, unfortunately, lost his life while descending after the summit. The Dead Body Recovery Team of the MCC 2021 brought down these bodies up to Camp-II on 13th and 23rd May respectively. Today, the bodies were brought to Tribhuwan University Teaching Hospital, Maharajgunj after completing the legal procedures from the Police Office at Lukla.

The waste collected by the team is being handed over as and when available because of the ongoing pandemic.

“We would like to inform you that a total of 26,297 kg of waste has been collected from the six mountains and 10,910 kg has been handed over to date, to the concerned agencies for its’ management,” said a press release issued by Nepal Army.

OTHER COMMISSIONS: In The haze By Keshab Poudel 6 hours, 15 minutes ago