Vaccination: A Boon To Mankind

The point here is that vaccines are an effective way of preventing disease. 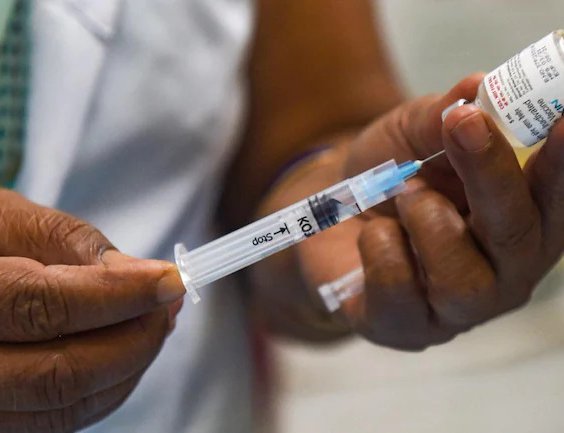 The COVID-19 vaccination is making its way on the news platforms everywhere, you might wonder how does it help to prevent us from being infected by the coronavirus? So the history of clinical vaccination dates back to 1796, I say clinical because even before that at around 1000BCE people across China were found to have drunk snake venoms, and then in the 17th century, the idea of variolation had already begun to immunize themselves against smallpox. Coming back to 1796, Edward Jenner, a physician, noticed that the milkmaids who had previously been infected with cowpox were not infected with smallpox, and also he had observed that people who survived smallpox once were then not infected by it. He then took the fluids from the cowpox blister and rubbed them on the skin of an eight-year-old boy. A blister appeared on the boy's body, indicating that he had been infected by cowpox. Soon he recovered, then again Jenner took fluid from a smallpox blister and rubbed it on the boy's skin again, this time there was no sign of infection. This was how the first-ever vaccine was made.

The phenomenon that happened in the human body after vaccination and how does it protect us is slightly complex, to understand that we first need to understand the concept of immunity. Immunity is the body's ability to fight foreign organisms. Whenever some new microorganisms enter our body, the special types of white blood cells (called B lymphocytes and T lymphocytes) recognize them as foreign and try to eliminate them from the body, they take some time to recognize those microorganisms initially, during this time the microorganism infects the body but are eventually destroyed (in most of the cases). This process is known as the primary immune response. There is certain white blood cell which memories the type of microorganisms that has caused the infection. The next time the same or similar microorganisms invade the body, those white blood cells immediately recognize and destroy them preventing infection. This process is known as the secondary immune response.

Now, the concept of primary and secondary immune response is applied in vaccination. A weak microorganism (not strong enough to cause the infection) of the same kind or another similar kind of microorganism (with a similar genetic material or structure) is inserted into the body. The body then reacts to it, the body is fooled into believing that it is being attacked by the foreign microorganisms, and thus begins its primary immune response. This is the reason why sometimes we get a fever or experience mild symptoms of the disease after getting vaccine shots.

Then, in the future, if the disease-causing microorganisms do enter the body, those memory white blood cells immediately recognize those microbes and trigger immune reactions preventing the disease.

Coming back to Jenner, he created used viruses causing cowpox. The genetic material of cowpox and smallpox is quite similar, but the cowpox viruses were much less dangerous than those of smallpox. The cowpox virus when introduced into that boy's body, it provoked the body to begin primary immune response forming memory cells. Then the next time when the smallpox virus was introduced, the white blood cells of the boy's body recognized the smallpox virus same as the cowpox virus immediately triggering a secondary immune response. The smallpox viruses were destroyed by white blood cells before they could cause any infection. The Indian vaccines being used in Nepal, Covi-Shield was formed using the same concept. The Covi-Shield vaccine used the viruses that cause flu in chimpanzees which are similar to the Corona Virus.

The introduction of vaccination has been a boon to mankind, it has not only saved millions of lives but also helped to eradicate deadly diseases like smallpox and measles. The child mortality rate has decreased significantly, polio, diphtheria, hepatitis A, hepatitis B, Rubella, all have declined steeply, all due to the mass vaccination program throughout the world. Even though there is no proven evidence, but amidst the COVID-19 pandemic, it was speculated that people who got BCG shot (vaccine for Tuberculosis) were slightly more immune to the Coronavirus and the severe symptom of COVID-19 were less prevalent among them. The point here is that vaccines are an effective way of preventing disease. Yes, there are many people skeptical about it, in some exceptional cases the vaccination backfires, causing severe symptoms (which will be recovered sooner or later), there is also a lot of misinformation and misconception regarding the vaccine. And yes, the vaccines do not work 100% of the time. But looking at a bigger picture, the vaccine has a positive impact is many times more than it has a negative one, also precaution is always better than the cure.

Priyadarshini Tripathi is a student of Kathmandu University School Of Management She can be reached at Priyadarshinitripathi2017@gmail.com