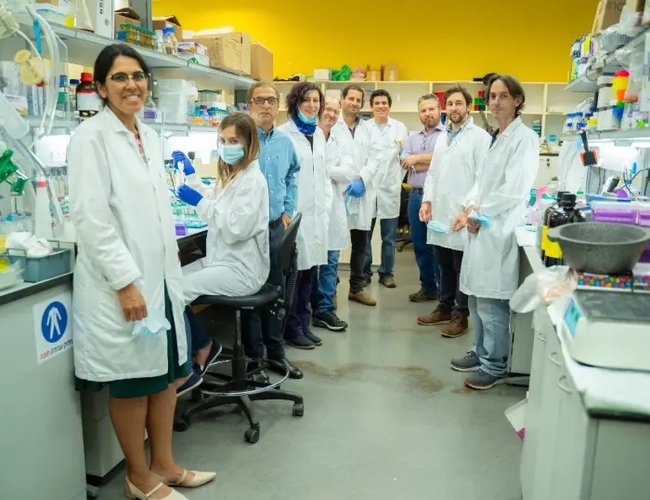 Unlike the Pfizer or Moderna vaccines that use messenger RNA, this is an oral subunit vaccine, meaning the vaccine presents the antigen to the immune system without introducing pathogen particles.

More than one year after the MIGAL Galilee Research Institute committed to delivering the world’s first oral COVID-19 vaccine, its affiliate company MigVax has reported that its vaccine performed well on rats and it hopes to have the vaccine ready as a booster dose for people within the next year.

“Fifteen months into the pandemic, we now see that the struggle to keep COVID under control is nearly as challenging as getting it under control to begin with,” said Prof. Itamar Shalit, MigVax’s infectious disease expert. “Oral boosters such as our MigVax-101 will be key enablers that will help health organizations and the world transition from ‘panic mode’ to routine, due to their ability to reduce the cost and expand the reach of ongoing vaccination programs.”

The company is calling their vaccine MigVax-101. Unlike the Pfizer or Moderna vaccines that use messenger RNA, this is an oral subunit vaccine, meaning the vaccine presents the coronavirus antigen to the immune system without introducing pathogen particles, whole or otherwise.

In the preclinical trial, the company administered the vaccine in a boost format to the rats following a double injection of the coronavirus spike (S1) protein. The results showed that using MigVax as a booster elicited markedly higher neutralizing antibody titers than rats receiving an oral placebo booster, a release explained. In addition, it elicited more effective neutralizing antibodies than a third S1 booster injection.

“They are looking to use this as a booster for those who took the Chinese vaccine, AstraZeneca or Moderna or Pfizer,” Dr. Morris Laster, who is responsible for medical technology investments for OurCrowd told The Jerusalem Post. OurCrowd led MigVax’s first investment round.

According to Laster, the vaccine has several advantages, including that because it is an oral vaccine it would not require administration by a medical professional. Also, it utilizes more than one kind of protein, which could make it more effective against variants. The vaccine does not require freezing conditions like the mRNA vaccines so it could be easier to store and distribute.

Finally, because it does not inject people with genetic or viral material, Laster believes that more people will be prone to taking it.

“People afraid to get injected should have an easier time swallowing protein,” he said. “It’s kind of like drinking yogurt.”

To launch Phase I and II clinical trials, the company is seeking $6 million to $7m., the company’s CEO, David Zigdon, told the Post. He said if the money comes through quickly, the vaccine could be on the market in as quickly as nine months.

He said the company has a road map and has already spoken with regulatory bodies to achieve clearance for its trials. However, he told the Post that the company does not yet have final Health Ministry approval to start the trial.

MIGAL was the first company worldwide to announce that it would put a vaccine on the market.

In February 2020, an announcement by MIGAL with a quote by then science, technology and space minister Ofir Akunis promised that “the vaccine could be ready within a few weeks and available in 90 days.” However, shortly thereafter the company stopped communicating and refused to comment despite multiple requests by the Post.

MIGAL had previously developed a vaccine against infectious bronchitis virus (IBV), which causes a bronchial disease affecting poultry. The effectiveness of the vaccine has been proven in preclinical trials carried out at the Veterinary Institute and researchers believed they could adapt the vaccine for human use.

Zigdon and Laster said MigVax ran into problems adapting the protein and producing it in efficient amounts to keep the price of the vaccine reasonable. Zigdon confirmed that the challenges have been overcome.

MigVax is not the only oral vaccine based on Israeli technology being evaluated for use against COVID-19.

In March 2021, Oramed Pharmaceuticals Inc., a clinical-stage pharmaceutical company based on technology developed by Hadassah-University Medical Center, announced a joint venture with Premas Biotech to develop a novel oral vaccine. Together they formed the company Oravax Medical Inc. The vaccine is based on Oramed’s “POD” oral delivery technology and Premas’s vaccine technology.

The company is preparing to launch its own clinical trial next quarter, Oramed CEO Nadav Kidron told the Post on Thursday.

He evaluated the release sent by MigVax and said: “There are 7 billion people who need and are waiting for vaccines, so I would welcome more initiatives for oral vaccines.”