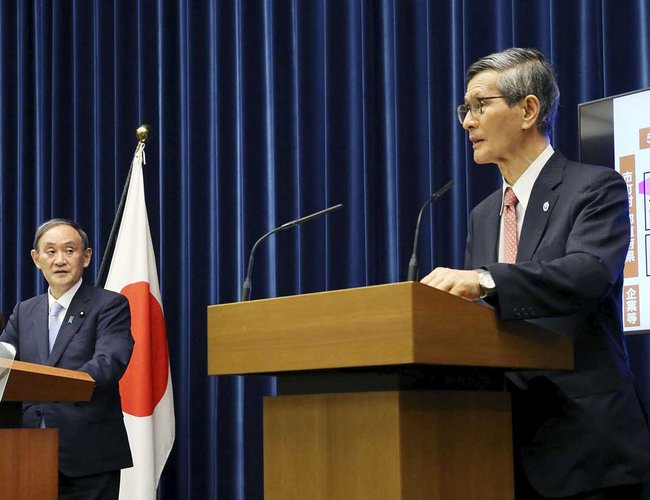 Japanese Expert Warns On Risks Of Holding Olympics. senior members of the government have dismissed the comments of their lead virologist.

“There are many experts, not just Omi,” said Chief Cabinet Secretary Kato Katsunobu at a news conference on June 4. He said the government will continue to carefully listen to opinions of experts, within and outside the panel.

Health Minister Tamura Norihisa was even blunter: “That’s just his own opinion from independent research.” He tried to reframe his comments four days later, saying, “What I was getting at is freedom of research is most important and has to be respected.” But he added that anything presented outside the remit of a government panel should be considered an independent study.

On Tuesday, Omi tried to address the criticism by saying that he was just trying to present the anticipated risks and ways to alleviate those risks, “no more, no less.”

Meanwhile, opposition lawmakers have lashed out at the government for refusing to convene a coronavirus panel to discuss the issues raised by the chair.

“The government only listens to what they want to hear from the panel. When the opinion is unpleasant, they just say, ‘the Tokyo Games will go on, no matter what,” said senior Constitutional Democratic Party official Azumi Jun on Tuesday. “We in the opposition want the government to clarify the criteria for holding the Games.”

The Tokyo Olympics are due to start on July 23. The Paralympics will run from August 24.

Prime Minister Suga Yoshihide and opposition party leaders debated the issue in the Diet on Wednesday.

“We need to take thorough anti-virus and strict border-control measures to ensure safety and security,” Suga said. “By holding the Games, we want to demonstrate that the world can be united in the fight against the coronavirus, and overcome this grave challenge.”

International Olympic Committee President Thomas Bach has reiterated that this summer's Tokyo Olympics will go ahead as scheduled.

Bach spoke at a news conference for the first time in about two months on Thursday after a three-day virtual session of the IOC Executive Board.

He said "we are in a full delivery phase" of the Tokyo Olympics, "in close cooperation with all the stakeholders."

Bach said he will arrive in Tokyo in mid-July before the Olympics open on July 23. He said the arrival date was decided after considering the quarantine period required in Japan.

He said the athletes are "very confident" about the anti-coronavirus measures that have been put in place for a number of competitions in Japan, including some test events.

He also referred to the Tokyo 2020 Playbooks, which outline anti-infection rules for the games' participants. He said their final editions will come out next week with "a lot more details." 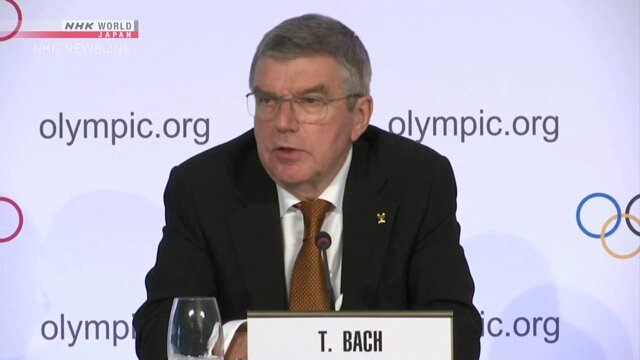 Dubi called the Tokyo Games "the best prepared ever," as they have been described by Bach on many occasions.

Meanwhile, the IOC Executive Board decided to propose the Australian city of Brisbane as the host of the 2032 Games. The decision will be finalized if the city wins a majority of votes from IOC members at a session in Tokyo on July 21. It’s not unusual to hear voices in Japan questioning the wisdom of proceeding with the Tokyo Olympics and Paralympics, which are now less than seven weeks away. But the government didn't expect its top infectious disease expert to join the chorus. Omi Shigeru, head of the official coronavirus advisory panel, said last week that the government and Olympic organizers need a better understanding of the risks. Cabinet officials are now in damage control, while opposition lawmakers are clamoring for action.

“It’s not normal to hold an Olympics in the middle of a pandemic,” Omi told lawmakers at a Diet committee on June 2. “If authorities are to go ahead with the Games, they must scale back the events and strengthen its management as much as possible.”

On Wednesday, at a Lower House committee meeting, he explained his concerns about putting extra strain on the healthcare system.

“The public would not tolerate forcing overwhelmed medical institutions to respond to infections caused by the Games,” he said. “It is the duty of the events’ organizing committee and Japan’s government to prevent such a situation.”

Omi Shigeru is the head of the Japanese government's coronavirus advisory panel.

Omi has chaired the government’s coronavirus panel since its inception last July. The panel studies the state of infections draws up anti-virus measures and advises the government.

But Omi now appears to be speaking up from outside the framework of the panel. He says he plans to compile “experts' views” on the risks of holding the Games, and publish them by June 20 - just one month and three days before the opening ceremony.