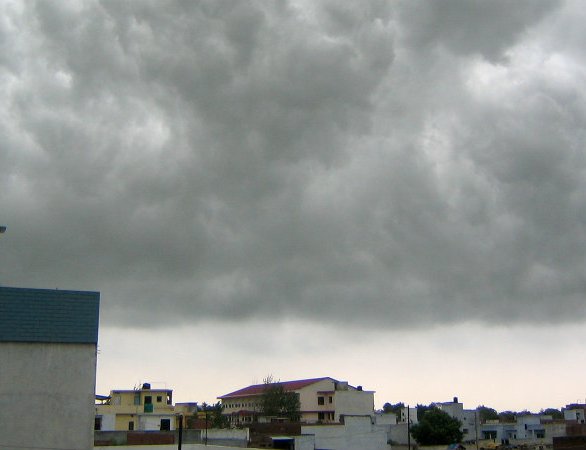 Following the entry of monsoon through Eastern Nepal on Friday, Nepal has witnessed the rain across the country including Kathmandu which recorded 24.4 MM of rain fall.

According to a special bulletin issued by the Meteorological Forecasting Division (MFD) under the Department of Hydrology and Meteorology this afternoon at 2:00 pm, the monsoon has entered two days ahead of its scheduled date.

According to Manju Basi, meteorologist at the Division, after the development of low pressure area around the Bay of Bengal, the monsoon enters Nepal from eastern region of Province 1, Province 2 and Bagmati Province.

"The monsoon is likely to spread across the country in a day or two," she said. As the monsoon is expected to be active in the coming weeks, light to moderate rains are expected in many parts of the country, heavy rains in some places and very heavy rains in some places. "The Meteorological Department is continuously monitoring the monsoon. Therefore, we request everyone to get the latest weather information," she said.

Some parts of the Kathmandu Valley on Friday afternoon also received heavy rains for a few minutes, according to her.

In the last 24 hours, Kathmandu received more rainfall with 30 mm than other stations across the country. In the same period, Nepalgunj recorded 22.4 mm rainfall.

Based On the report of The Rising Nepal

Weather Forecast: Rain Is Likely In Madhesh and Province 1 By NEW SPOTLIGHT ONLINE 5 days, 16 hours ago