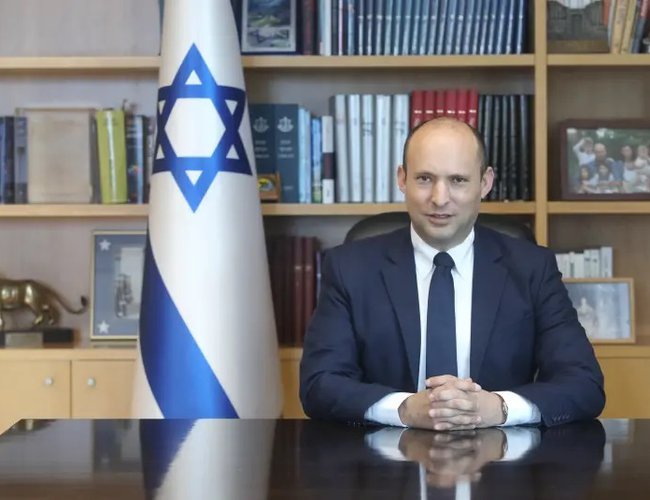 Israel's new coalition government has been sworn in, marking the country's first change of power in 12 years.

Naftali Bennett, the head of the rightwing Yamina party, became the prime minister after Israel's parliament, the Knesset, approved the government by a vote of 60 to 59 on Sunday.

Bennet will serve as prime minister for the first two years.

Yair Lapid, who heads the coalition's largest party, Yesh Atid, will serve as foreign minister for two years and then take over as prime minister. His party is the second largest party in the Knesset.

The coalition consists of eight parties from a broad political spectrum, including the centrist Yesh Atid and the United Arab List, the first Arab-Israeli party to join an Israeli government.

In his address to the Knesset before the vote, Bennett said the parties will sit together and "forge forward" on that which they agree. He said they agree on many issues, such as transportation and education, and added that they will leave what separates them to the side.

However, the parties in the new government, which is made up of those from the left, right, center and Arab, remain largely divided over the Palestinian issue.

Having an Arab party in the government has drawn anger from rightwing lawmakers.

Supporters of rightwing parties are planning to march in Jerusalem's Old City on Tuesday, raising concerns that this could lead to clashes with Palestinians.

Israel is facing a growing divide between Jewish and Arab citizens. It remains unclear whether the coalition parties, which have little in common, will be able to maintain unity.

Japan To Lower COVID-19 Classification On May 8 By Agencies 3 hours, 52 minutes ago