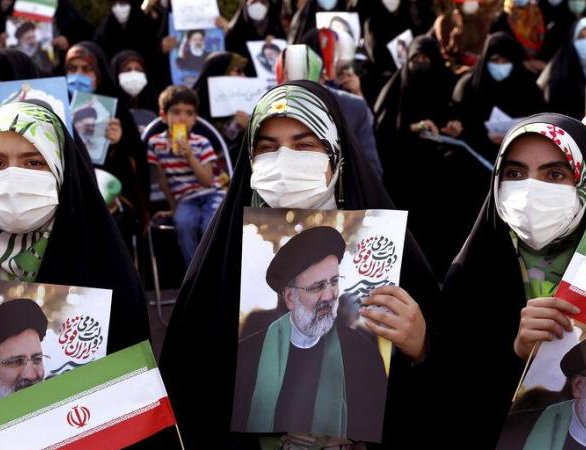 Iranians start voting in a presidential election on Friday. Opinion polls show an anti-US hardline candidate enjoying a big lead over the other contenders.

Seven candidates initially stood in the election. But three bowed out. The remaining four include judiciary chief Ebrahim Raisi, who is tipped to win, and former Central Bank governor Abdolnasser Hemmati. Raisi is an anti-US conservative hardliner, while Hemmati is a reformist.

Raisi, a well-known Islamic law scholar, seems willing to maintain the 2015 nuclear deal with world powers. He pledged during the election campaign that he would not waste a moment in having sanctions against Iran removed.

But Raisi also underscored his intention of not yielding to excessive demands from the United States.

The administration of former US president Donald Trump unilaterally withdrew the US from the nuclear agreement and resumed sanctions in 2018. Washington and Tehran have been holding indirect talks since earlier this year to salvage the accord.

If elected, Raisi is expected to bring in the first anti-US conservative hardline administration in eight years. He is also likely to shift away from the foreign policy of incumbent President Hassan Rouhani, who sought dialogue with the US and European countries.

Rouhani reached the agreement with the US and some other world powers in 2015 to win sanctions relief in return for curbing Tehran's nuclear program.

Moderates and reformists, who supported Rouhani, are facing headwinds in the election as Iran's economic situation has greatly deteriorated, mostly due to US sanctions. The value of the Iranian currency has also tumbled.

Prominent figures who sought to take over Rouhani's policies were also barred from running in the election.

Analysts project that many Iranians will abstain from voting, given the disqualification of pro-Rouhani people. Attention is focused on to what extent turnout will be affected.

OPEC+ Maintains Output Targets Ahead Of Western Sanctions On Russian Crude By Agencies 13 hours, 3 minutes ago

China Partially Lifts Lockdown In Southern City of Guangzhou After Protests By Agencies 4 days, 12 hours ago