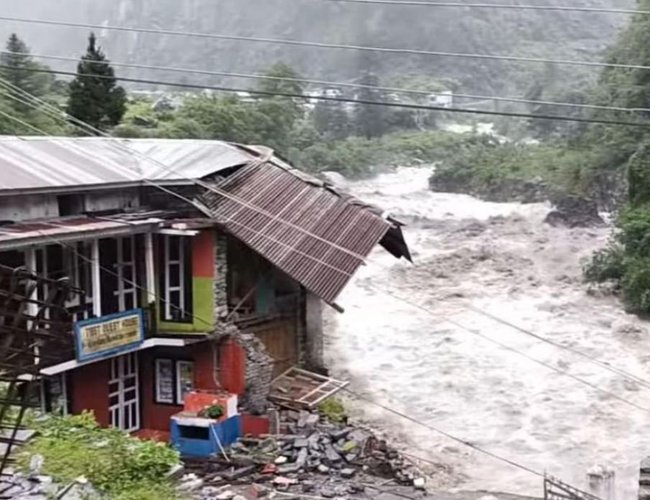 Marsyangdi River has got blocked at Chame, triggering fears of calamities at a settlement in Chame Bazar.

Chief District Officer Bishnu Lamichhane said the river blockage created by soil erosion and other objects including wooden logs and timber brought by the river has put a bridge here under a threat of collapse.

The river was blocked by a landslide last Saturday as well.

Now the water level has also risen in the river, posing threat to a nearby school building. The level of river water has surged following the incessant rainfall since Tuesday evening. The river’s flow is further increasing and efforts are on to find a way out to the blocked river. The Chame folks have been urged to stay alert to hazardous incidents.

Earthquake In Doti: Nepal Army Is In Rescue Operation, 200 Aftershocks So far By NEW SPOTLIGHT ONLINE 2 weeks, 6 days ago