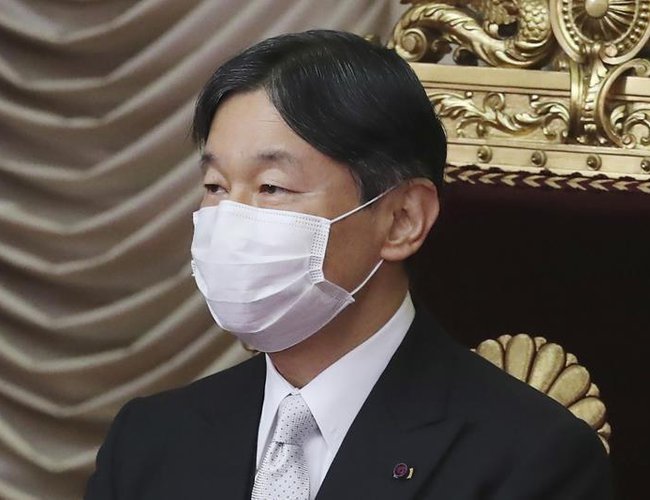 Japan's Imperial Household Agency chief says Emperor Naruhito is deeply concerned about the coronavirus status in the country ahead of the Tokyo Olympic and Paralympic Games due to open next month.

The agency's Grand Steward Nishimura Yasuhiko spoke at a regular news conference on Thursday. He said he humbly believes that amid public concern, the Emperor is worried that the event could lead to a rise in infections.

The Emperor is an Honorary Patron of the Olympic and Paralympic Games. Arrangements are underway for the Emperor to attend the opening ceremonies of both events to declare the commencement of the Games.

Nishimura said he wants the organizing committee and relevant organizations to work together and take all possible measures to prevent infections.

On Monday, the Emperor said at an awards ceremony of the Japan Academy prizes that Japan and other countries around the world are facing a very difficult challenge amid the global spread of coronavirus infections.

Ukrainian Soldiers Arrive In Britain For Tank Training By Agencies 10 hours, 29 minutes ago