England To Face Germany In Knockout Round 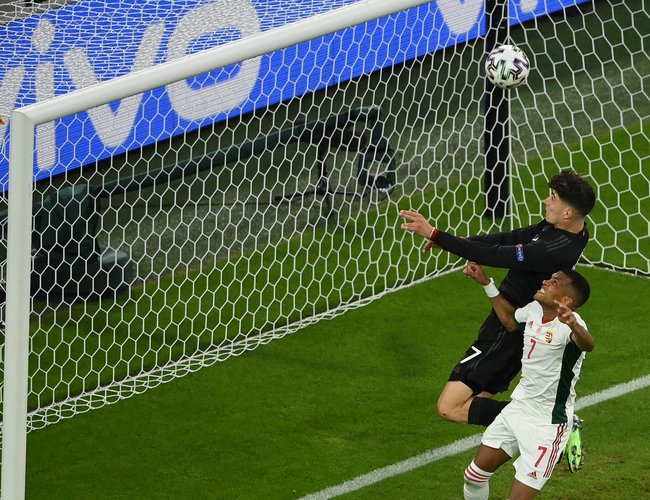 England will face Germany at a major tournament (World Cup/EUROs) for an eighth time - more than any other opponent for the Three Lions. England last eliminated the Germans in the knockout rounds of a major tournament in the 1966 World Cup final

Germany head coach Joachim Low, goalkeeper Manuel Neuer and midfielder Joshua Kimmich are excited at the chance to take on England at Wembley in the last 16.

Die Mannschaft were on their way to Euro 2020 elimination on Wednesday as they trailed Hungary by a goal late in their Group F finale.

But Leon Goretzka's 84th-minute equaliser earned Germany a 2-2 draw and a second-place finish in their group, clinching a spot in the round of 16 against the Three Lions.

On facing England at Wembley, Kimmich said: "Awesome. There is no better game. Whether it needed to be in the round of 16, I am not sure.

"We've seen three different games now, and we've definitely got room for improvement. We want to show that at Wembley."

Low added: "It is an absolute highlight to play England at Wembley. We will be well prepared and will of course perform differently than today. I can promise that."

"We are just relieved that we managed to qualify as group runners-up, of course that was a thriller of nerves," said Neuer.

"That was a many-legged defensive chain that wanted to close everything down. England will be a completely different game. We want to go further - and Wembley suits us."

A rivalry renewedEngland and Germany are well acquainted at major international tournaments, having faced one another eight times at the World Cup and European Championships.

Those eight matches are the most England has played against any single opponent at the two tournaments.

The last time England defeated Germany in the knockout rounds of a major tournament was at the 1966 World Cup final when the Three Lions defeated West Germany 4-2.

The two sides will now face off again at Wembley on Tuesday.