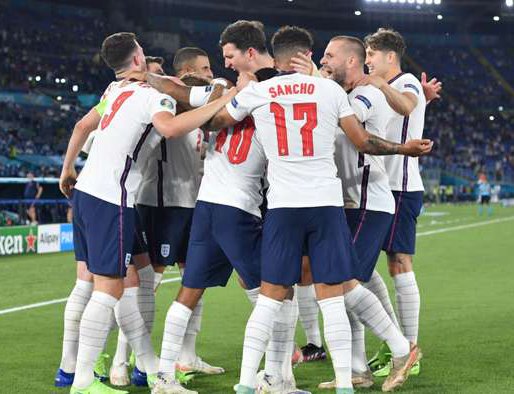 Harry Kane (two), Harry Maguire and Jordan Henderson scored the goals that had a nation in raptures

England supporters are dreaming of Euro 2020 glory after watching their side demolish Ukraine 4-0 on Saturday.

Gareth Southgate’s side will return to Wembley on Wednesday to face Denmark in the semi-finals of the competition, with their opponents travelling from Baku for the fixture.

As such, England stand a strong chance of progressing to the final, also at Wembley, on July 11.

Two goals from Harry Kane, plus efforts from Harry Maguire and Jordan Henderson sealed the win and got the country in a state of raptur

Alan Shearer, Frank Lampard and Rio Ferdinand are among the former England players to express their excitement at the 4-0 thrashing of Ukraine in the Euro 2020 quarter-final on Saturday. 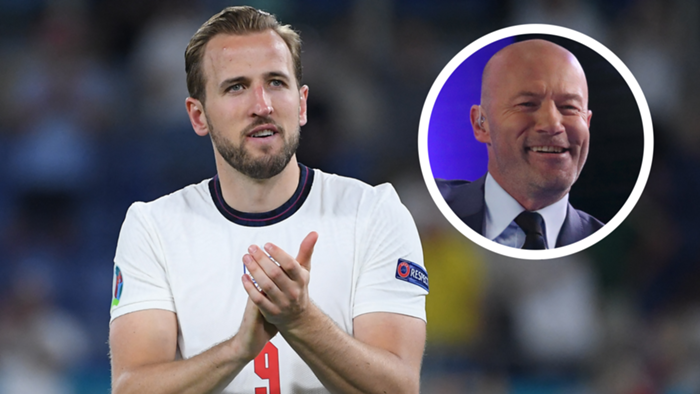 The group has watched with pride as the Three Lions have kept clean sheets in each of their five games while improving their attack as the tournament has progressed.

Shearer has said that "something special is happening" with Gareth Southgate's team, and the ex-players all lauded the mentality demonstrated by the current squad.

"Something special is happening," Shearer told BBC One. "We started the tournament slowly but we are improving with every game. My head is telling me to calm down but my heart is getting carried away.

Lampard, meanwhile, said "now is the time for us [observers] to get excited about [the performance] and the time for them to keep their heads down and keep confident."

"I am even more confident now," the former centre-back said. "Biggest compliment I can give this side is I have never ever seen a side so composed.

"All the players coming on are impacting the game in a positive way, the manager is utilising the squad. Everyone is justifying their selection. They are hard to play against."

During the group stage, the Three Lions were criticised for playing negative football despite their glut of available attackers. They produced 0.0 expected goals in the second half of a 1-0 win over the Czech Republic to close the round - a sign of their intention to kill games at any cost.

CAN Lifts Suspension Of Leg-spinner Lamichhane By NEW SPOTLIGHT ONLINE 1 day, 18 hours ago