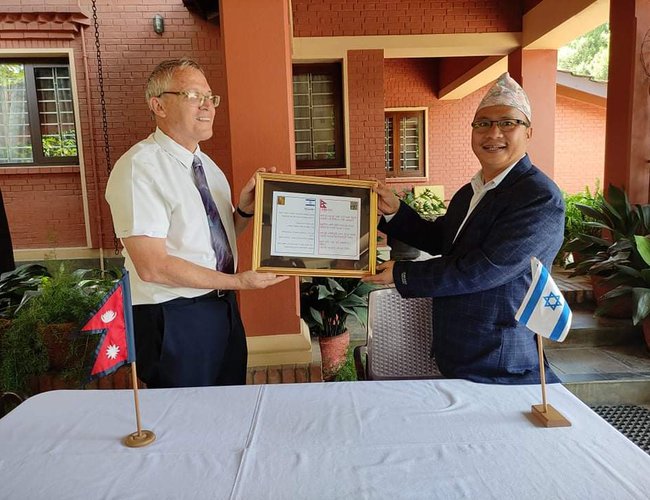 Ambassador Of Israel to Nepal Hanan Goder-Goldberger read and handed over the translated national anthem in Hebrew to its writer Byakul Maila during a program organised at the Israeli Ambassador Resident Baluwatar.

The Nepal's national anthem 'Sayau thunga fulka hami..' has been translated into the Hebrew language by the Israeli ambassador Gorder.

Receiving the translated version of the national anthem writer Maila expressed happiness over the work of Ambassador Hanan.

Former Permanent Representative of Nepal to the United Nations Professor Dr Jaya Raj Acharya said that if the national anthem translated into other languages whole world will have a chance to understand Nepal's national anthem better.

Excited To Be In Beautiful Nepal: Under Secretary Uzra Zeya By NEW SPOTLIGHT ONLINE 18 hours, 38 minutes ago