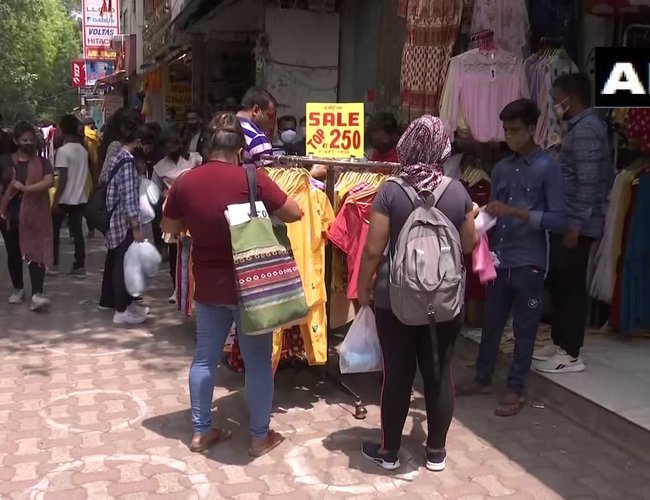 India recorded 43,509 new cases of the novel coronavirus and 634 deaths in the past 24 hours. Kerala recorded more than 22,000 cases for the second consecutive day.

The active cases in the country rise again and are now above the 4 lakh-mark. In Kerala, there are 1.5 lakh active cases.

Meanwhile, a state-level serosurvey data show that only 44 per cent of Kerala’s population above the age of six years had so far been infected by the coronavirus, against the national average of over 67 per cent. This, in effect, means that a much larger proportion of the population in the state is still susceptible to the disease compared to many other states. Also, the number could, at least partially, explain why Kerala is continuing to report a high number of cases.

For the last two days, Kerala has reported over 22,000 infections, over 50 per cent of the national count. The state has been reporting the maximum number of cases in the country for several weeks now.

Maharashtra, the state with the highest case count in the country, also has a relatively low disease prevalence. The data shows that about 58 per cent of Maharashtra’s population has so far been infected. This could mean that even Maharashtra had done an above-average job at detecting and reporting the infections.

The results of the serosurvey show that the disease prevalence was the highest in Madhya Pradesh, where about 79 per cent of the population could already have been infected. This number was 76.2 per cent in Rajasthan, about 76 per cent in Bihar and 71 per cent in Uttar Pradesh.

The Centre, meanwhile, has asked all the states and Union Territories to conduct more serosurveys in consultation with the Indian Council of Medical Research (ICMR) to generate district-level data on disease prevalence. The Health Ministry said this was essential in formulating localised public health response measures.