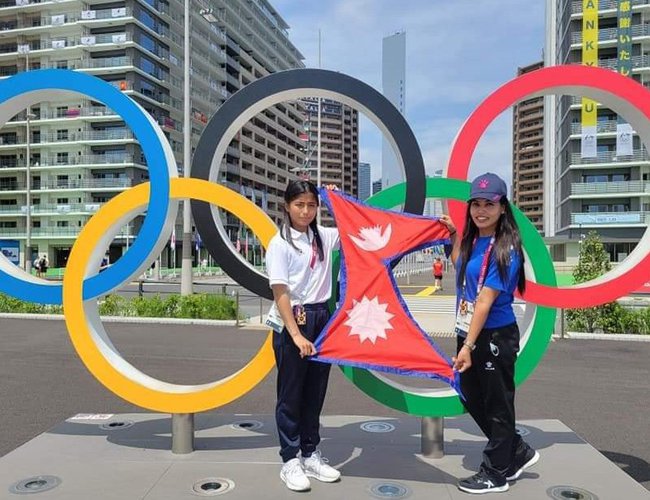 Nepal's sprinter, Saraswoti Chaudhary, has been knocked out of the first round of the 100 metres dash of the 32nd Summer Olympics underway in Tokyo, the capital of Japan.

Chaudhary could not demonstrate notable performance in the 100 metres women's race held some time ago.

She clocked 12.91 seconds. She came in the eighth position in her group of nine athletes. She could not improve on her earlier timing as well. Before this, she had finished the 100 metres dash in 12.55 seconds.

Nepal's participation in the Tokyo Olympics has wrapped up with Chaudhary's appearance in the event.

Five athletes from Nepal had been competing in four games in the Tokyo Olympics. They are Kalpana Pariyar in shooting, Sonia Bhatta in judo, and Alex Shah and Gaurika Singh in swimming. All four athletes have been knocked out of the competitions.

Pariyar competed in the 10 metres air rifle, Bhatta in 48 Kg weight category in judo, and Shah and Singh in the 100 metres free-style swimming event.