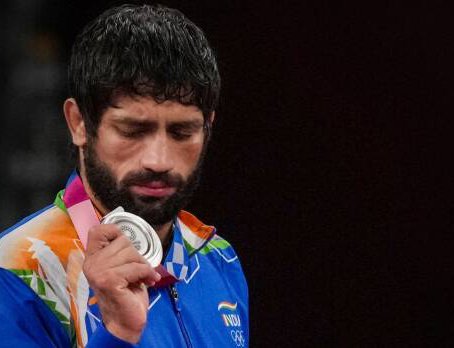 Although China is leading in the total gold medal tally with 34 gold, the United States led the total medal tally in the field with 29 gold,35 silver and 27 bronze with a total 91 in Tokyo Olympic 2020.

Japan is third in winning the gold with 22 gold. However. Russia secured third position winning the highest number of medals with 58 total. Great Britain and Australia secured 16 gold each.

The United States led the field with 46 golds, with Great Britain second on 27 and China third with 26. If countries have the same number of gold medals, the order is then dictated by which has the most silvers, and finally, bronze if the numbers are still identical.

Japan, the host country at the 2020 Games, came sixth in the medal table in 2016 with 12 gold medals. Before the pandemic, it was targeting 30 golds at these Games, but its Olympic committee says it no longer has a target.

In an emotional day for India, Manpreet Singh’s men fought well and made a brilliant comeback to end their 41-year old medal drought, adding their 12th hockey medal to their history.

The most important clash of the day was between Ravi Dahiya and Zavur Uguev as India hoped for a historic gold medal. Dahiya was ruthless on Tuesday making an exciting comeback to qualify for the final. Ravi put on a massive fight in the final, just like in the semi, but eventually the Russian did enough to win 7-4. Deepak Punia, in a heartbreaking result for India, was leading in his Bronze medal match till the last 10 seconds, before losing 4-2.

USA Secured Top Of The Medal Table In Tokyo Olympic Games By Agencies 1 month, 1 week ago