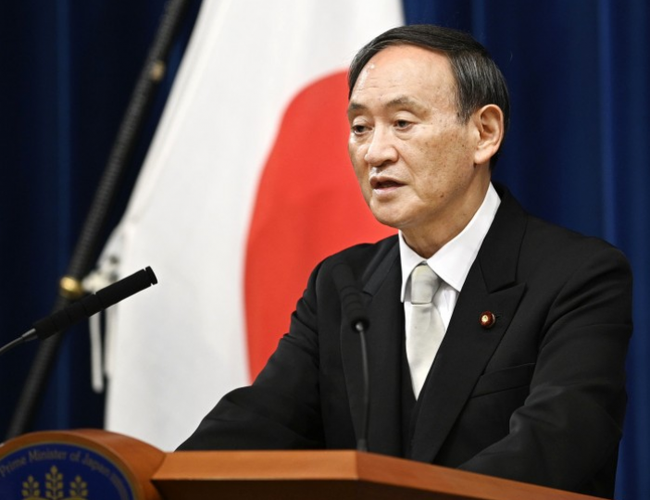 Japan's Prime Minister Suga Yoshihide has thanked the country's people for helping to host the Tokyo Olympics.Suga posted a video message on Monday on the Twitter account of the Prime Minister's Office after the Olympics closed the previous day.

He said the Games were held under unprecedented restrictions after a one-year delay due to the coronavirus pandemic, but Japan fulfilled its duty as the host nation and passed the baton to the 2024 Paris Games.He thanked the public for understanding and cooperating.

Suga praised the athletes for helping to achieve a wonderful Olympics, saying he applauds them all regardless of their results.

He also said the athletes delivered dreams, hope and excitement to youths and everyone else around the world, providing a unique asset for the future.

As for the Games' antivirus measures, Suga said some people from abroad complained that they were too strict, but others said only Japan can implement such rigorous measures.

He ended the message by thanking Olympic officials, medical personnel, volunteers and others who provided support.

Ukraine welcomes US Offer Of Long-Range Rockets By Agencies 21 hours, 30 minutes ago

US Shoots Down China's Balloon, Says Defense Department By Agencies 21 hours, 45 minutes ago