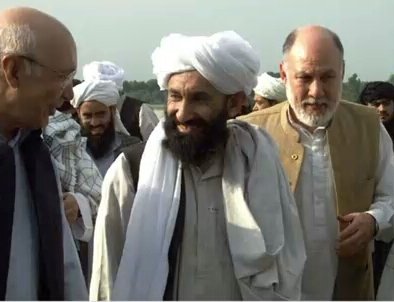 The Taliban announced a caretaker government on Tuesday, which includes no women or representatives of other groups, raising concerns over its future operation.

The new government will be led by Mullah Hasan Akhund, who has been named the acting prime minister. He is close to the Taliban's supreme leader, Mawlawi Haibatullah Akhundzada.

Mullah Abdul Ghani Baradar, who had led talks with the US, was named acting first deputy prime minister.

Both of them were senior members of the former Taliban government, which sheltered Al-Qaeda leader Osama bin Laden, the mastermind of the 9/11 terrorist attacks in the US. The previous government was ousted by US-led military operations.

Sirajuddin Haqqani has been named acting interior minister. He is the leader of the Haqqani Network, which the United States designates as a terrorist organization.
He is also wanted by the FBI.

The Taliban also announced the reinstatement of a ministry that suppressed women's rights under its previous rule from 1996 to 2001.

The Ministry for the Propagation of Virtue and the Prevention of Vice was in place under the previous Taliban government, which was ousted 20 years ago.

The ministry suppressed women in accordance with strict interpretation of Islamic law. They were forced to wear full body covering burqas, and their outings were restricted.

It also imposed tough restrictions on people's lives. Movies and music were banned.

Citizens who violated rules were publicly punished with violence.

The United States and European countries condemned the ministry as a symbol of oppressive rule of the former Taliban government.

A US State Department spokesperson on Tuesday pointed out that no women were included in the government and only includes Taliban members or their close associates.

The state department also said it is concerned about the "affiliations and track records" of many others named to top posts. It added that it will judge not by words but by action.

He said it is a necessary step to end more than three weeks of anarchy, restore order and reconstruct Afghanistan.

He added that China hopes the government will widely hear opinions from ethnic groups and others and live up to people's wishes and expectations of the international community.

Zelenskyy Meets With EU Leaders By Agencies 20 hours, 50 minutes ago