A Matter Of Saving Lives: Guidelines For Reporting On Suicide

A Matter Of Saving Lives: Guidelines For Reporting On Suicide 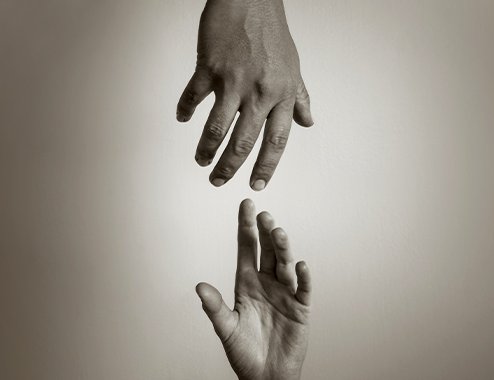 The media plays an important role in shaping children and young people’s perceptions of themselves and the world around them. This is particularly pertinent when it comes to issues such as mental health and suicide. Different studies, together with available anecdotal evidence, show that the nature of media coverage on these issues carries a great deal of influence over young people’s attitudes and actions. One of the key concerns in this regard is “suicide contagion”, where vulnerable children and young people – those already suffering mental illness or with suicidal thoughts, for instance – could potentially be pushed into imitative or copycat behaviors after reading/hearing/seeing news reports on suicide. This risk is found to be particularly heightened when the reporting is too extensive; too prominent or sensationalist; or too graphic or overly descriptive of methods used and other details. It is important to understand that the act of suicide cannot be attributed to a single cause alone, but rather a combination of different, complex factors. The media, through more thoughtful and sensitive reporting, could help expand public discourse around this significant public health issue, reduce stigma, and raise awareness among audiences about the different factors involved, and even encourage those at risk and their families to seek help. These non-prescriptive guidelines are intended to help media professionals understand the importance and implications of the work they do, especially when it comes to children and young people. It is hoped they will prove useful to journalists reporting on mental health issues and suicide to undertake their work in a way that sheds the necessary light on this important area, while minimizing the possibility of any additional harm that the coverage might cause.

Oftentimes, stories of suicide are considered very “newsworthy” and featured prominently in the media. This is particularly the case when it comes to the death of a well-known person or celebrity by suicide. But this tendency to glamorize or romanticize such deaths – such as references to grief-stricken loved ones or fans, images of memorials and ceremonies, and retrospective descriptions that paint the person in an adoring, reverential light – can have unintended impacts on a person who is already struggling with suicidal thoughts. They might, for instance, feel that they too would be celebrated and glorified in the same way after ending their lives, which they might see as a better alternative to their present circumstances. Even when the report is not related to a celebrity’s death, the prominence given to a story still plays a key role. Inclusion of the word “suicide” in the headline, visible and high-impact placement of stories on the front page of print or online media, repeated coverage of the story, and images of grieving families and friends, for example, all these can still contribute to normalizing suicide for vulnerable young people. The more they learn about the person in the story, the more young people might identify with them, and begin to see suicide as an acceptable way to cope with pain and difficulties.

Media professionals need to take great care with the level of detail they use in depicting the person who has died or the manner in which the death has taken place. Providing explicit descriptions of the method used in the suicide is particularly risky in that it could very well offer a guide for vulnerable people to imitate the act. This is especially true if the method of suicide is new – specifying could draw unwarranted attention to it and encourage people to try it for themselves. The same goes for locations and the contents of any suicide notes left behind – these are often not necessary to a story – and could serve to romanticize suicide and increase the risk of copycat behaviour.

The words used in coverage of suicide carry a lot of weight in terms of affecting how people – especially children and youth – perceive of the act. For instance, mental health experts often argue that the term “committed suicide” should be avoided since the word “committed” brings to it a criminal connotation, thereby risking stigmatizing suicide and potentially discouraging vulnerable people from seeking help. Reports should also avoid deeming a suicide “successful/unsuccessful” or a “failed attempt”, since these imply that death is a desirable goal. Rather, phrases like “completed suicided”, “ended their life” or “died by suicide” are preferable. When talking about suicide as a larger phenomenon, it is better to use words like “rise” or “increase” instead of “epidemic” or “skyrocketing” – the latter tends to sensationalize the issue, while the former more accurately conveys that suicide is a significant public health concern.

There is a tendency in media reports to over simply deaths by suicide by blaming a single factor or event – whether it is a failed exam, a relationship problem or online bullying. While these most certainly have an impact on a person’s state-of-mind, suicide is more often the result of a complex mix of factors, not just one. It is too simplistic and even dangerous to attribute the death to a single cause, firstly, because it gives the impression of the suicide being a means of coping with problems – again, potentially leading to copycat behavior. Secondly, this kind of shallow coverage does not serve to educate or raise awareness amongst audiences about the root causes of the problem, namely mental health issues, and the need to recognize warning signs in time.

Media coverage should keep personal details about the person who died to a minimum – no identifying details if the person is under 18 – out of respect to both the person concerned and the grieving family and loved ones. These loved ones will likely be going through a great deal of distress and confusion at this time, and could potentially be vulnerable to risk of self-harm themselves. Publishing graphic images, sensationalist accounts and conjecture about why the person took his/her life, can serve to exacerbate this vulnerability. Journalists should also deeply deliberate over whether it is necessary to interview the bereaved, whose shock and grief might hamper their ability to make the best decisions on what to reveal during these conversations and could say or do things they later regret.

Rather than a one-dimensional account of an incident, the main objective of reporting on suicide should be to encourage readers to recognize the warning signs and reach out for help either for themselves or others they know who could benefit. For this, instead of limiting their sources to police or first responders – which is generally the case – journalists should also interview mental health and suicide prevention experts for more helpful information to include in the story Rather than oversimplifying and sensationalizing the issue, news reports should seek to provide accurate facts on mental health problems, reduce stigma and promote help-seeking behaviour. Links to helplines, useful resources and organizations that provide mental health support services should be part of the story. Additionally, coverage of stories of people who have returned from the brink, recovered and learned to cope through treatment, can help to show children and young people that suicide is not the solution and that there are other options if they reach out.

A matter of saving lives

Reporting on suicide is challenging, no doubt. Journalists must make difficult judgement calls in deciding which details to retain in their stories – they must constantly ask themselves if that particular detail is absolutely necessary to the public’s information needs, always consider the harm it might cause in terms of encouraging someone to their life, and be prepared to justify any inclusion they do decide to make. Ultimately, they must remember that the act of reporting should not put anyone – including children and young people – at the risk of additional harm, and to ensure that their dignity and rights are always respected.