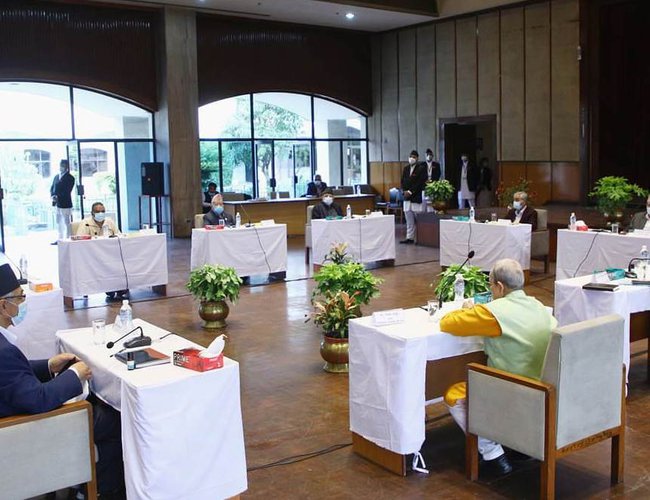 The meeting held at the Lhotse Hall of the Federal Parliament in New Baneshwor has draw the conclusion that the obstruction created by main opposition CPN-UML as an act against House of Representatives.

Speaker Sapkota had called the meeting to hold discussions on important contemporary issues including the obstruction of house sessions by opposition parties. However, KP Sharma Oli, Chairman of the main opposition CPN-UML is not present in the meeting.