Carrying a negative Covid test report and a vaccination certificate will also be mandatory for the visitors, the court said. 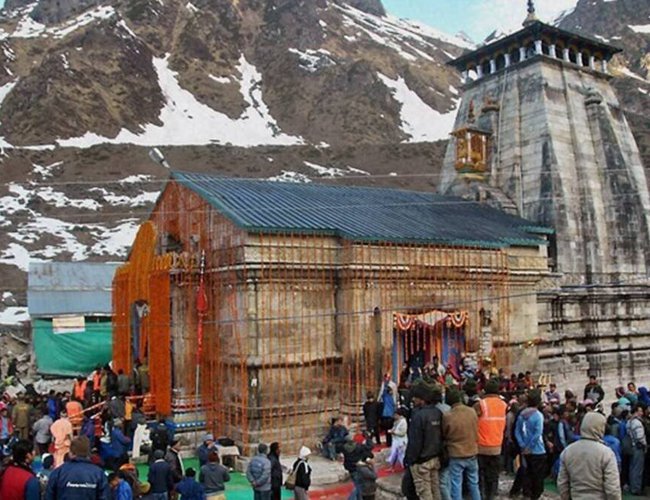 The Uttarakhand High Court on Thursday vacated its stay on the Char Dham Yatra and directed the state government to conduct the pilgrimage with strict adherence to covid-19 norms.

Lifting the ban on the yatra, a division bench of the court comprising Chief Justice RS Chauhan and Justice Alok Kumar Verma said the pilgrimage will start with restrictions like a daily limit on the number of devotees visiting the temples.

Carrying a negative Covid-19 test report and a vaccination certificate will also be mandatory for the visitors, the court said.

Putting a daily cap on the number of devotees visiting the famous Himalayan temples also known as the char dham, the high court said 800 pilgrims will be allowed in Kedarnath Dham, 1200 in Badrinath Dham, 600 in Gangotri and 400 in Yamunotri every day.

Pilgrims will not be allowed to take a bath in any of the springs around the temples, it said.

Police force will be deployed as per requirements during the Char Dham Yatra in Chamoli, Rudraprayag and Uttarkashi districts.

The court order comes as a big relief to the state government which was under pressure from various quarters to start the pilgrimage with which the livelihoods of lakhs of people including travel agents and pilgrimage priests are linked.

With the Covid-19 situation being uncertain, the court had on June 28 put a stay on the state Cabinet’s decision to start the Char Dham Yatra in a limited way for the residents of Chamoli, Rudraprayag and Uttarkashi districts where the temples are located.

It had plans to open up the yatra in a phased manner for pilgrims from outside the state depending on the Covid-19 situation.

However, it recently withdrew its SLP in the Supreme Court paving the way for the high court to hear its plea.

Advocate General SN Babulkar and Chief Standing Advocate CS Rawat, appearing for the government, demanded that the ban be removed to restore the livelihood of the local people.

The advocate general said there is an earning period of the Char Dham Yatra and if the season passes, many families will suffer huge losses.

Two Shilas Left For Ayodhya From Janakpurdham By Agencies 10 hours, 34 minutes ago