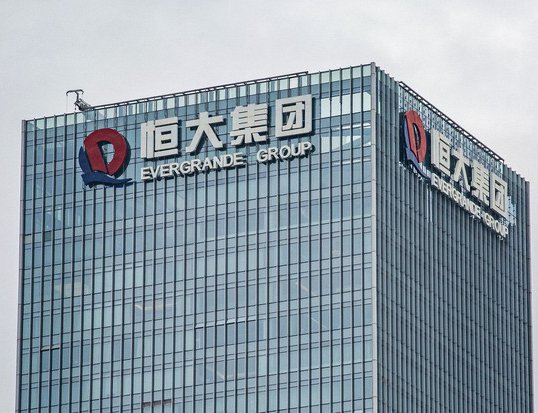 Tokyo's benchmark stock index took a hit Tuesday when it opened after a long weekend. Investors are worried about the repercussions of a liquidity crisis at China's second-largest real-estate developer.

It finished below the 30,000 mark for the first time in two weeks.

Traders are nervous that the Evergrande Group's financial problems could affect the entire Chinese economy. The group has reportedly racked up debts of more than 300 billion dollars.

Analysts say investors sold stock in the steel, machinery and shipping sectors. They say the focus is now on how the Chinese government deals with the issue.

It has grown rapidly through aggressive investment in apartments and other real-estate properties across China.

The group has also expanded into other business areas. It owns professional soccer club Guangzhou FC.

But the group's debt burden has ballooned as a result of this expansion, much of which has been paid for with loans and income from corporate-bond sales.

By the end of June, total debt surpassed 300 billion dollars.

After the Chinese government strengthened regulations to curb overheating in the real estate market, the group's realty business saw plunging profits, fueling concern about its financing.

Recently, construction work on buildings under the group's management has come to a halt at various locations across the country, causing the group to fall behind in the payments it owes to parties with which it does business.

A tranche of 6.2 billion dollars' worth of such products has reportedly come due. Last week, individual investors crowded into the group's headquarters, demanding repayment.

Evergrande plans to get back on a solid footing by selling assets such as its electric car division. But things have not been going as expected.

Market sources say interest payments on some of its corporate bonds, worth about 118 million dollars, are due on Thursday. They say payments for other bonds are expected to come due between October and the year-end.

If the group were not able to satisfy creditors and went bankrupt, the effect on employees and parties with which it does business would be severe.

If Evergrande were to begin selling off its real-estate properties to make ends meet, there is concern that falling real estate prices could deal a blow to businesses across a wide range of sectors.

Ukrainian Soldiers Arrive In Britain For Tank Training By Agencies 9 hours, 6 minutes ago