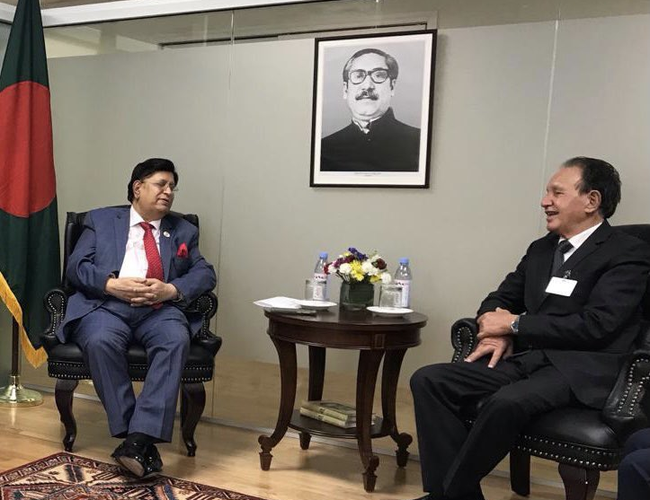 Foreign Minister Dr. Narayan Khadka had a meeting with Foreign Minister of Bangladesh Abdul Momen on the sidelines of the 76th session of the United Nations General Assembly y in New York.

According to Nepalese Permanent Mission to the UN, the two ministers exchanged views on promoting bilateral, regional and multilateral cooperation.

Discussion was focused on the need for enhanced collaboration in the areas of trade, investment, hydropower development and cross-border energy trade among others. Both leaders acknowledged the importance of excellent people-to-people relations existing between the two countries. Both the Ministers agreed to speed up implementation of past agreements and enhance further cooperation in the areas of mutual benefit.

Later in the evening, Ambassador/Permanent Representative of Nepal to the United Nations Amrit Bahadur Rai, at his official residence, hosted a dinner in honour of the Hon. Foreign Minister and visiting delegation.