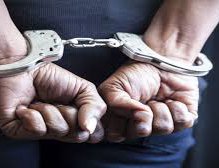 Police have arrested four Nepali YouTubers, accusing them of tarnishing the integrity of some women by making videos on them. The Cyber Bureau of Nepal Police held them as per Electronic Transaction Act, 2063.

The YouTubers have been blamed that their video production on women would fuel hatred.

They were held after complaints were lodged against them at the cyber bureau.