Developments In Afghanistan Will Have Very, Very Significant Consequences: Jaishankar

Developments In Afghanistan Will Have Very, Very Significant Consequences: Jaishankar 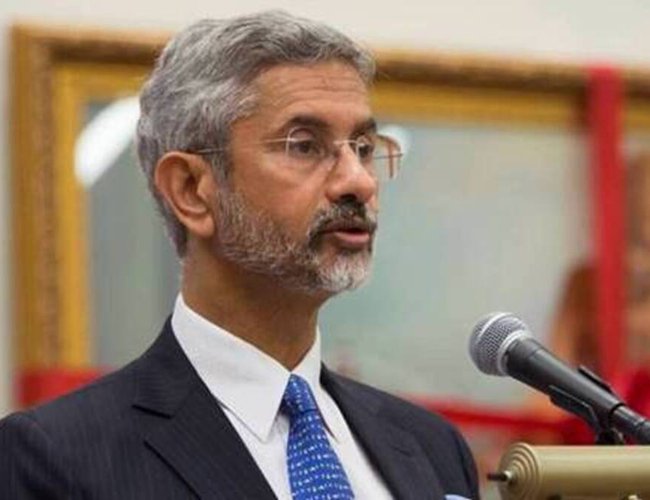 India was not taken into confidence on various aspects of the Doha deal inked between the US and the Taliban last year and the latest developments in Afghanistan will have “very, very significant consequences” for the region and beyond, External Affairs Minister S Jaishankar has said.

He also said that the key concerns for India at this juncture included whether Afghanistan will have an inclusive government and that Afghan soil is not used for terrorism against other states and the rest of the world.

Speaking virtually at the annual leadership summit of the US-India Strategic Partnership Forum (USISPF) on Thursday, Jaishankar also suggested that India was in no hurry to deliberate on giving any recognition to the new dispensation in Kabul.

In an interactive session with former American ambassador Frank Wisner, the external affairs minister also said that the Quad or Quadrilateral coalition comprising India, the US, Australia and Japan is not against any country and it should not be seen as some kind of “ganging up” and a negatively driven initiative.

India and the US are on the same page on many issues relating to the recent developments in Afghanistan including apprehensions about the possible use of Afghan soil for terrorism.

“So whatever, whether deal which was struck in Doha, I mean, one has a broad sense. But beyond that, you know, are we going to see an inclusive government? Are we going to see respect for the rights of women, children, minorities?” he asked.

“Most important are we going to see an Afghanistan whose soil is not used for terrorism against other states and the rest of the world, I think, these are our concerns,” Jaishankar added.

The Doha deal was signed between the US and the Taliban in February last year in which the US promised to withdraw its troops from Afghanistan while the Taliban committed to several conditions including ending violence.

Jaishankar said what had happened in Afghanistan, is going to “have very, very significant consequences for all of us, and we are so close to the region.” He said that the key concerns were captured by a UN Security Council resolution in August and that how those questions are addressed today is still an open question, which is why “I said the jury is still out”.

“If you ask me is this the time to draw sharp conclusions, I would sort of take my time and study this with a certain degree of deliberation, because as I said, a lot of this, whatever understandings, there have been, many of these are not known to the entire international community,” he added.

To another question on how India and the US looked at the situation in Afghanistan, Jaishankar said both sides are on a similar page, at a principle level on many of the issues, particularly on possible usage of Afghan soil for terrorism.

He said the issue figured in discussions between Prime Minister Narendra Modi and US President Joe Biden in Washington last week.

“And let us say that has shaped in many ways, our view of some of the neighbours of Afghanistan. So now, how much, the US shares that view, and where is it that the US sort of makes its tactical compromises I think that is for the Americans to figure out,” he said.

Asked whether it included a joint signal to Pakistan, he only said: “There are aspects that we share, and there are aspects where maybe our positions are not exactly the same.” To a query on Quad and ways to manage the rise of Chinese power, Jaishankar said the four-nation partnership is not against somebody.

“I think it’s very important not to be sort of railroaded into some kind of negative discourse, which actually is not from our script, it is somebody else’s script. And I don’t think we should fall for that. I think we need to be positive,” he said.

On the question of how to deal with the rise of China, Jaishankar said: “I would say, in many ways, those are bilateral choices that all of us have to make, we each have a very substantial relationship with China.” “And, in many ways, China being today is such a big player and so salient in the international economy, I think it’s natural that these relationships are quite unique. So what are my problems, or my opportunities would not be the same as that for the US, or Australia, or Japan, or Indonesia or France,” he added.

Jaishankar said it would be different for each country and added that the rise of China has had a very fundamental impact on the international order.

“So as participants in the international order, we need to assess that and respond to that, in the light of our own interest. So I think it’s sort of essential to normalise this conversation,” he said.

“This should not end up as though it’s some kind of ganging up and a negatively driven event, I don’t think that’s the fair description of what is a completely natural evolution of international order to my mind,” he added.

Talking about geopolitical issues, Jaishankar said he saw a big change at the American approach as it has shown a much greater willingness to work with other partners, “not necessarily on terms that the US has unilaterally set”.

“I think the US is also getting beyond that era of alliances and treaty-based relationships. It’s a far more flexible, I would say diverse differentiated world out there and I think US policy makers are beginning to adjust to that and some of that you’ll see in arrangements like Quad,” he added. 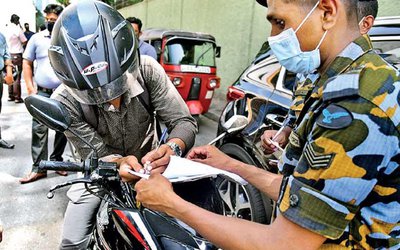 Sri Lankan Government Announces No Fuel For Private Vehicles, Only Essential Services Until July 10 By Agencies 1 day, 4 hours ago 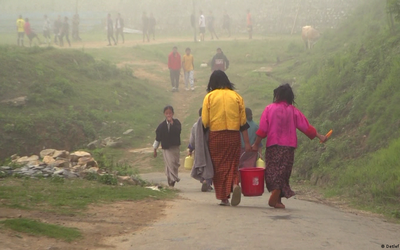 Bhutan’s Fiscal Deficit Has Increased By Agencies 6 days, 4 hours ago