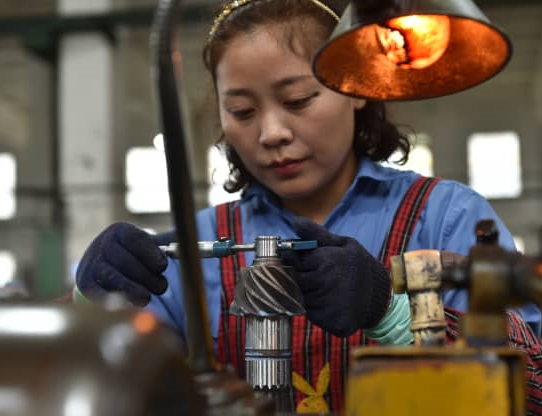 Blackouts in China are slowing production at factories across the country. But power shortages are just the tip of the iceberg for the Chinese economy.

Authorities in several parts of the country are implementing rolling blackouts amid a power shortage. Some have lasted more than 12 hours.

This comes as limits on power supply were expanded last month in the country. Domestic media outlets say the situation has affected more than 20 provinces.

One of these is Guangdong, home to a large number of manufacturers. Power restrictions have forced some factories to temporarily close.

Others are operating at night, when there are no limits on electricity use.

There are two main reasons for the power shortage.
One is soaring coal prices, and the other is tighter environmental regulations.

The government aims to make China carbon neutral by 2060 and notified every province in August of how well they were performing in relation to this target.

It's believed the provinces that did not meet their goals have restricted their power supply.

Another concern for the Chinese economy is trouble in the real estate market.

The government has been capping borrowing by development firms since last year in an effort to avoid a property bubble.

This has led to a debt crisis at Evergrande, the country's second largest developer, which some analysts say could hurt the entire financial system.

They also say other companies could soon face similar fates.