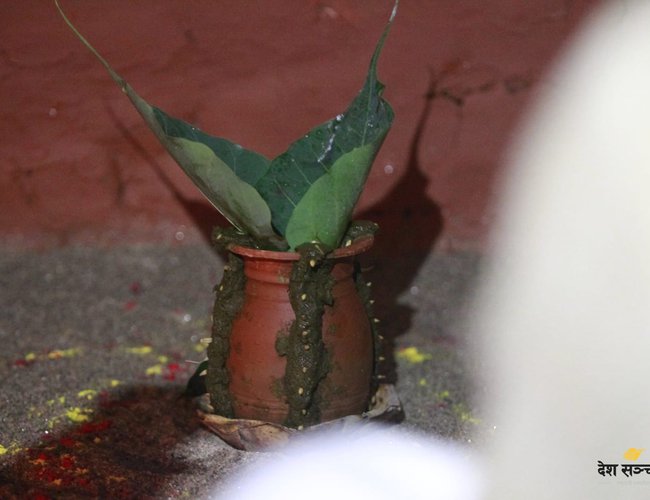 We are inching close to Navratri 2021. The 10-day long festival is celebrated with much pomp and fervour across India. Goddess Durga is worshipped in this festival; she is a symbol of power. Today is the first day or Ghatasthapana in Nepal. This is the day of Shailputri.

Navratri literally means ‘nine nights’ and it is one of the most significant Hindu festivals that will be observed from October 7th this year. This auspicious occasion will last till October 15th.

It is believed that Lord Shiva granted permission to his wife Goddess Durga for seeing her mother for just nine days. During that time, Goddess Durga demolished demon Mahishasura. Hence Goddess Durga aka Kali is represented as a symbol of shakti – the ultimate strength. It is also said that Maa Durga has eternal divine power, which can never be created nor destroyed.

Throughout the nine nights, nine forms of the goddess are worshiped with much grandeur. On the 10th day, which is October 8 this year, people celebrate Vijayadashami means Dusshera by burning huge effigies of Ravana, Meghnad and Kumbhakarna. Thus, Navratri itself symbolises victory over evil.

During these nine nights of Navratri, people observe fast. Cultural programs are organised, people depict the story of Lord Rama. On the eighth day, Kanya Pujan is observed in which minor girls are worshipped and offered prashad, food and sweets. All over the country Dandiya and Garba programmes are organised by community people.

Kumar Shasti And Sithi Nakha 2022: The Birthday Of Kumar And Important Day For Newar Community By NEW SPOTLIGHT ONLINE 3 weeks, 5 days ago